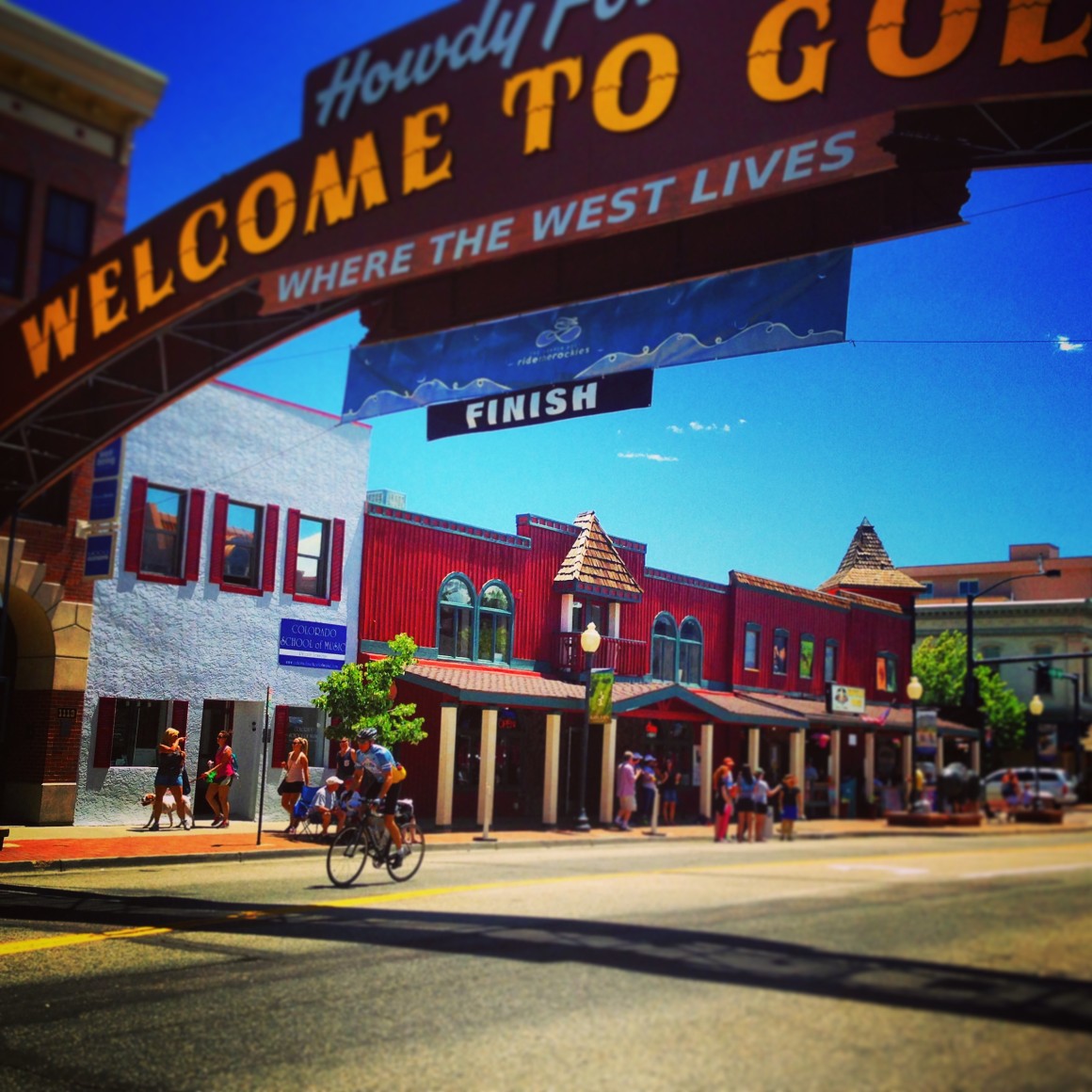 Well Ride the Rockies 2014 has come to an end. I’m sad that it’s over, but I’m so happy I did it. It was an incredible challenge and I will always have the crazy memories from this amazing adventure. Six days, 471 miles and over 33,000 feet of elevation gain. I feel like I’ve accomplished something pretty darn spectacular. 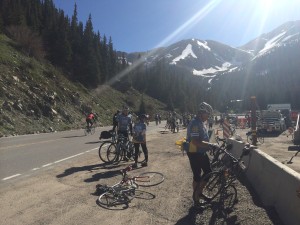 I was excited about the last leg of this ride.  It was from Breckenridge to Golden, and the entire ride is an area that I frequent all the time. I was a little worried that the ride wouldn’t offer much new for me, but I was pleasantly suppressed.  I woke up at about 5:30am and wanted to get an early start on the day. It was cold out and when I got out of the tent I realized that it was frozen.  It didn’t rain, but the high humidify and cold was enough to create a sheet of ice. So I didn’t end up getting going as early as I wanted.

When I was breaking down my tent I saw Paul, a guy from Ft. Collins I befriended on the ride.  His tent was right next to mine and we didn’t even know it. Looks like I’ll be seeing him out on Pedal the Plains. 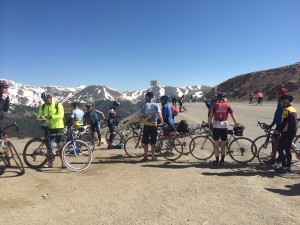 We left Breckenridge on the bike trail that we had come into town on. I was flying! Going about 30mph, no wonder coming into town seemed so hard. They had state troops on motorcycles on the path following us, I was going faster then them.  They waved me ahead. Once we got off the trail we had to head over Swan Mountain into Keystone.  I’ve been on the road a couple time, but never realized how much climbing was involved.  It was a good warm up, especially since it was cold out.

I knew I was making good time when I got into Keystone, I had been on the road just under an hour. It was cool to see Keystone without the snow on it.  I don’t think I’ve ever been up there in the summer. The sun was out and it was starting to get warm, I took off some layer, but I knew I had the big climb up Loveland pass next. 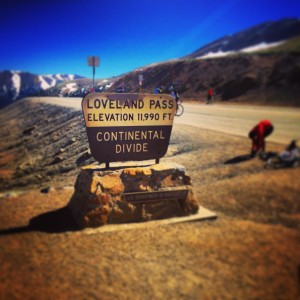 From Keystone to Arapahoe Basin I cursed, I mean it was a climb, but I was moving well passing people left and right.  My legs felt good and I wanted to the top. Once I reach Arapahoe Basin I knew the real climbing was going to start and it did. I pushed through it.  I was familiar with this road, but it was much different on a bike.  I’ve been up the pass in white out conditions and that was a much worse experience than what I went through on the bike.  Yeah it’s a big climb, but it wasn’t anything like I expected, especially after six day of riding. I got to the top, snapped a picture and enjoyed a quick decent.

From The base of Loveland we took the bike path to Georgetown.  I’ve done this ride before, but I felt much more confident on this one. Then we were on the frontage road and into Idaho Springs. There was an aid station there.  I didn’t want to spend that much time, so I ate a quick Quest Bar and was on my way. 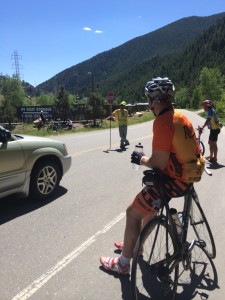 Well somehow my timing was off. They were blasting the twin tunnels outside of Idaho Springs on I-70. They stopped the bike traffic for about 20 minutes.  Not only was this a bummer, but it totally cooled my legs off. I had a few more climbs to get through and I had been so pumped I was worried I’d stiffen up. As we waiting it started to fill up, more and more cyclist were stacking up. I was lucky and towards the front of the pack. I really wanted to get ahead so I didn’t have the traffic.

Finally they let us through and it was onto Flyod Hill. This was a hard climb for me.  It was relatively short but I don’t know if it was the break, or it was just steep but I found it to be a good challenge.

After the climb we got a nice little decent on the I-70 frontage road. Then we popped on to I-70 itself for a little while. I hadn’t realized at first, but then a semi going 60mph came next to me and I put two and two together. I got off the highway and then it was the final climb up the backside of Lookout Moutain. This was a much easier climb than the other direction. 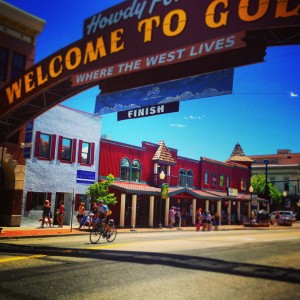 There was supposed to be a rest stop at the top of Lookout Mountain, but I didn’t see one, so I just kept going. It was all downhill front here anyway.  My family was meeting me and I needed to call them and let them know I would be there soon. I used Siri on my iPhone and got my dad.  It was still riding and we really couldn’t hear each other so I hoped they be ready to see me finish.
The decent down Lookout was fun! I had new confident in mountain decants and I took it fast. There are a ton of hairpin turns and I felt like I was leaning into them hard, almost touching my knee to the road. Once I was down, it was into Golden for the big finish. I got stuck at a light before the iconic Welcome to Golden Sign. I got going and I saw my family staring there cheering! And that was it, 471 miles over six day.  Now I can’t wait until next year!

'Ride the Rockies Day Six: Breckenridge to Golden' have no comments