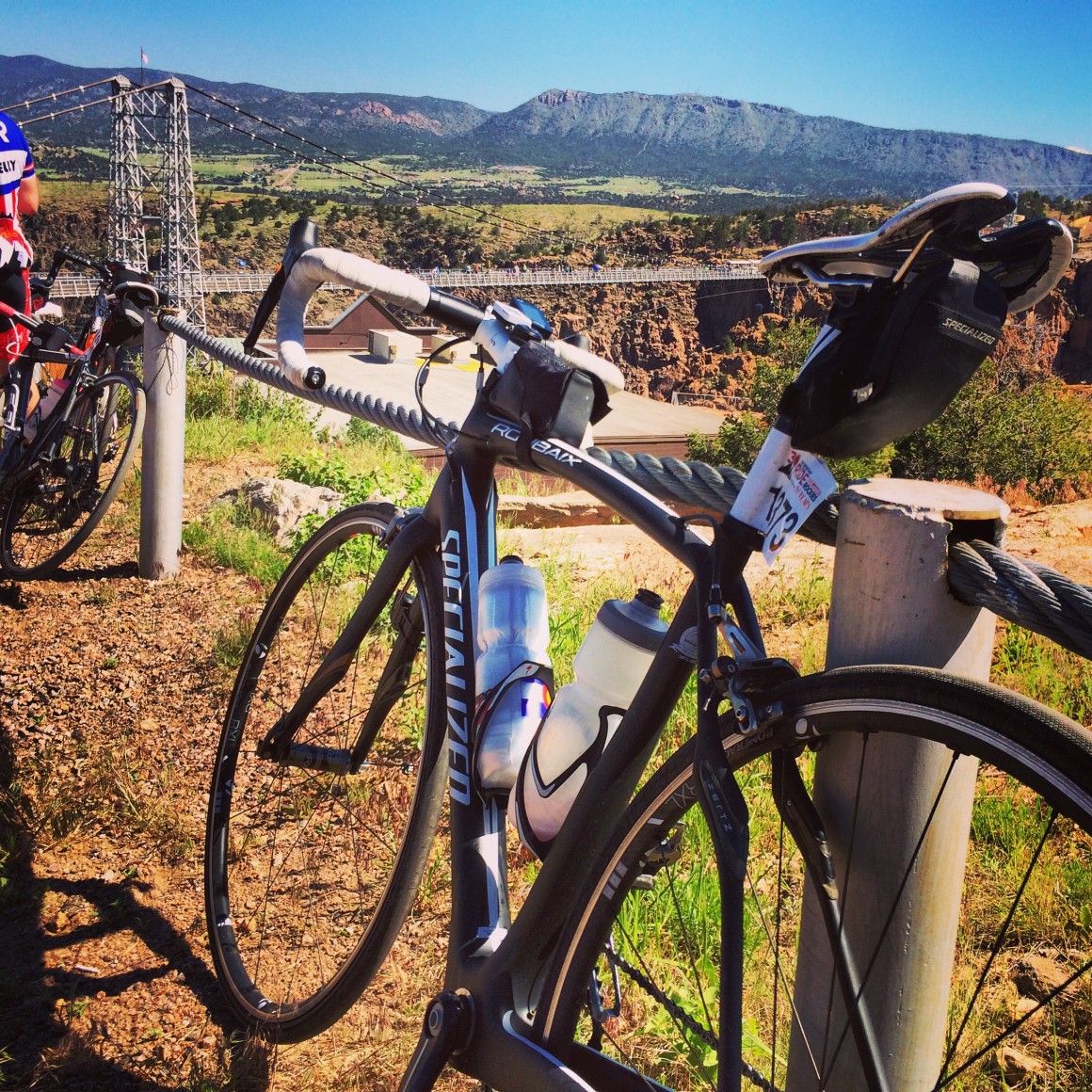 Ride the Rockies Day 6 Salida to Canon City was quite a ride. It started downhill and that’s awesome. Actually most of the ride was downhill, but the climbs were a bitch.

It was a relatively short day, only 66 miles and the majority was downhill. So it sounds like an easy ride, but there was still work to be done. The first half flew by and I was averaging 22mph, which I love. Maintaining that speed can be a bit of a challenge even though it’s going down. But there is something fun about riding fast.

Most of the ride was along the highway, which paralleled the Arkansas river. Is was very scenic, but there was also a lot of traffic. A lot of drivers that didn’t know how to handle cyclists.

Finally we turned of the highway to enter the east side of the Royal Gorge. The road was shit. Old chip and seal and it was the bumpiest ride I’ve ever been on. The the wall came. I now know why they call it the wall. It’s a series of stair steps that are steep, and I mean steep.

When I hit it, I wasn’t sure what to expect. There was a group of people walking their bikes up, which is never a good sign. I cranked away and made it to what I thought was the top. My heart was pounding and I was breathing heavily. Thank goodness it’s over I thought. Then came the second climb, even steeper that the first. WTF! This went on for what seemed like forever. But eventually I did reach the top, and was greeted by the Royal Gorge. 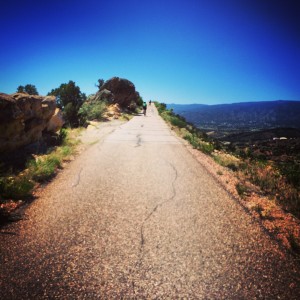 I’ve never been to the Royal Gorge before, so I was excited to get a change to see it. It was amazing, and to have gotten there by bike. How cool. It was spectacular. They had an aid station on the other side of the bridge, so we got to cross on bike.

Next up was a great decent. Now this was nothing like yesterday’s. This was short and sweet, but it was strait which made it so much fun. We were back on the highway again, otherwise I’m sure I could have gone even faster.

Then we climbed up Skyline Drive. What a cool little road. It is at the top of the ridge and there is basically nothing on either side. I was really a cool place to bike.

Once we got down off Skyline Drive, we went through downtown Cañon City and the to the school. They had the bike wash there, and I got my bike all cleaned up.