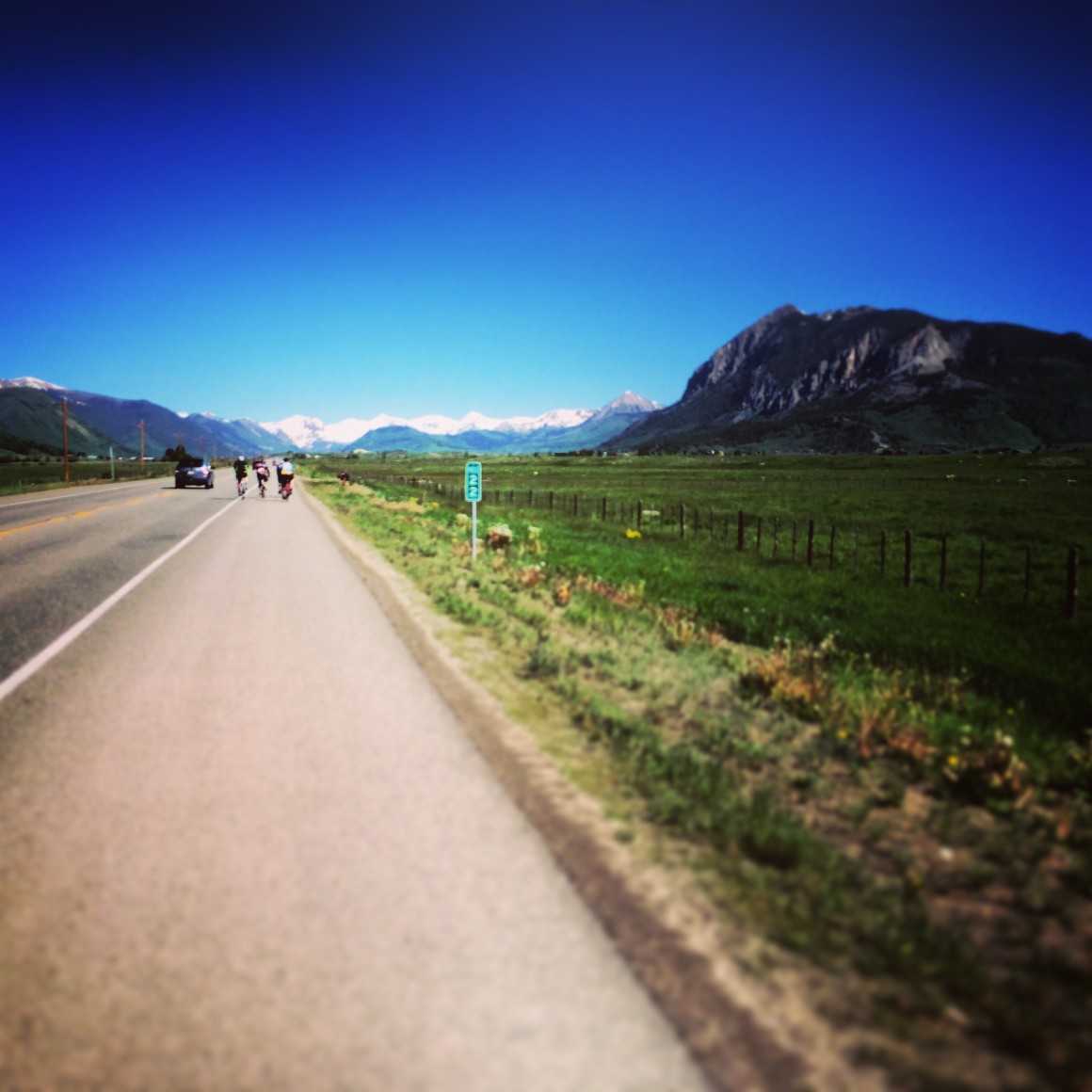 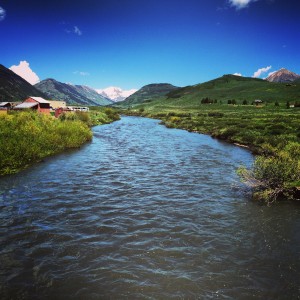 Ride the Rockies Day 4 Gunnison to Crested Butte was a beautiful ride, but one I did not enjoy much. I was tired from the hard rides the day before, and the strong head wind did not make this for a pleasant drive. Also the traffic was no stop and as semi’s would pass the wind was so strong it would push the bike.

Don’t get me wrong I love cycling, even in situation like today. It just wasn’t one of those magical rides. It was a short ride though only 27 miles.  Because it was such a short trip once I arrived in Crested Butte, I went for a little run. We are not staying directly in town, but it’s still beautiful here.

I am really quite taken with Crested Butte, this is a mountain town I could live in. And I have yet to see much of it.

My bike was functioning well today. I got it fixed last night. The cable did snap in the shifter. It took the mechanic about two hours to get the thing fixed. But it only cost me $12. Not too bad at all! It was actually shifting much better today. I wasn’t excited it took so long though, I was hungry and wanted to go to the entertainment site to eat. Then I had to wait on the bus forever.

So tonight was fun. I went into Crested Butte and they had a block party. Not that there was much to it. I ended up going into this pizza place and had one of the best pies of my life. It was call the Hamptons. It has procuttio, arugula and promotion with a lemon pepper crust. It was so good.