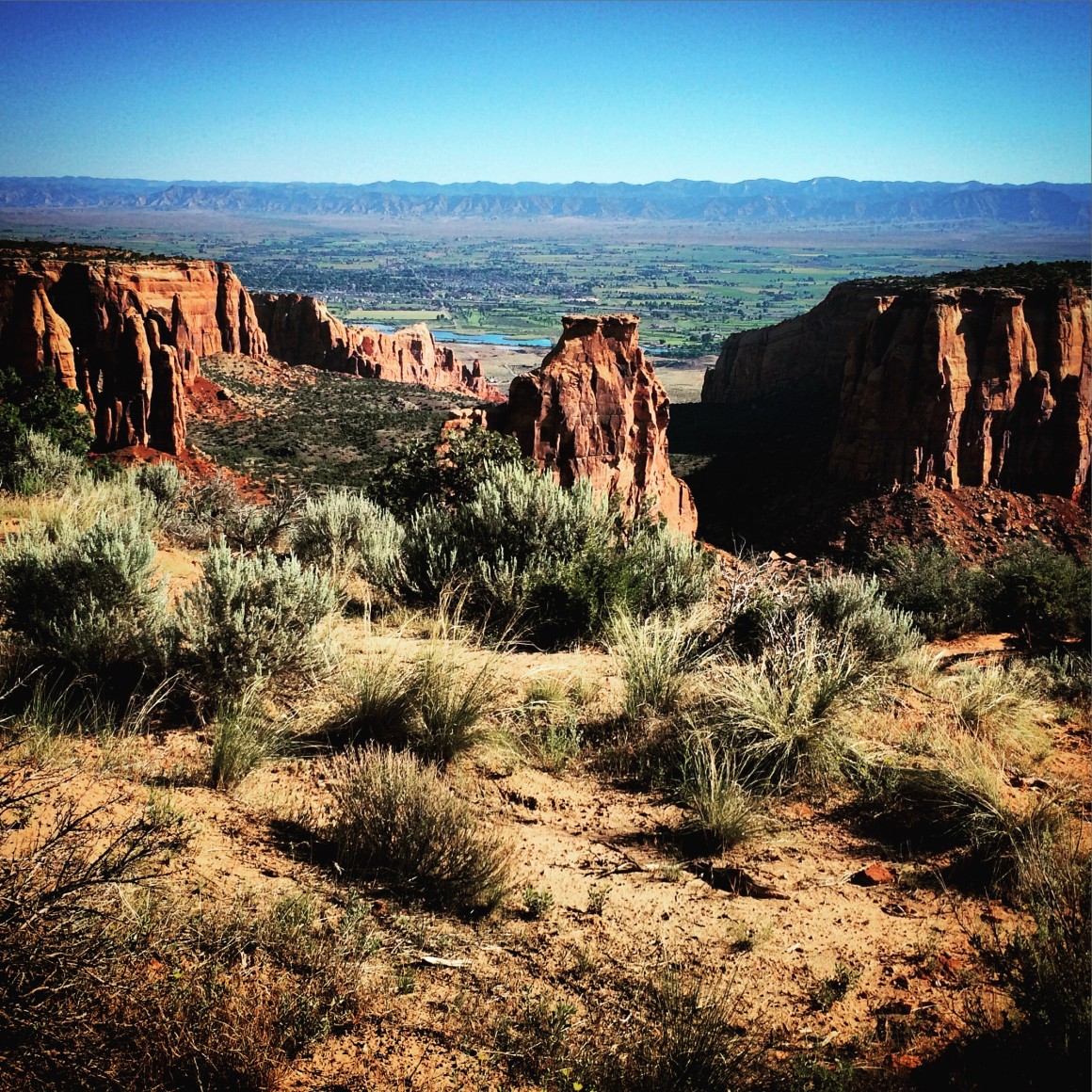 I’m excited for Ride the Rockies 2015, because it will take me to places I’ve never seen before. The first stop was Grand Junction and Colorado National Monument. It did not disappoint, it was breathtaking.

I wanted to get to bed early so I could get a solid start in the morning. I ended up passing out for a couple hours then wasn’t able to get back to sleep. It was really hot and I was sleeping on top of my sleeping bag using my towel for a blanket. I got out of the tent about 5:30 and was ready to hit the road by 6:21.

I really like not having to pack up all your gear first thing in the morning. I think I got spoiled, because I know that I’m going to have to do that for the rest of the week. 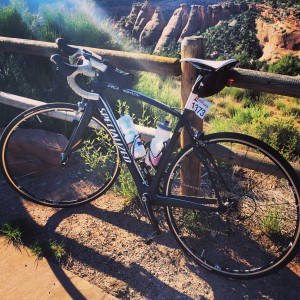 The route started through Grand Junction, which was kind of cool. I liked the ability to see a bit of the town. It’s not what I expected. Very suburban, and reminded me a lot of Ft. Collins. Once we got out of town, we started climbing up into the Monument. It was beautiful.

The climb was actually a bit steep and I had to work. The air was cool in the morning, and I was glad because I was already working up quite a sweat.

Normally when I ride, I hate stopping because it’s not fun to get going again. Inside the Monument I couldn’t help it. Every turn I cam around there was an even more beautiful scene. Whenever I saw a pull off in the road I stopped and snapped a picture. 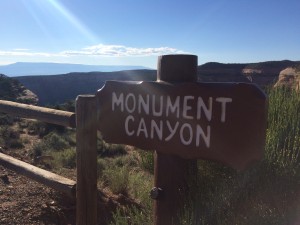 There are really no words to describe how beautiful Colorado National Monument is. If you’ve not been, you have to put it on your bucket list.

Once you leave the monument we headed downhill to Fruita. I pass by the hotel my parents were staying at and contemplated stoping. It was a busy street so I decided not to cross and I proceed the the Frutia rest stop. We were welcomed with a big sign that said “WTF” or welcome to Fruita. They gave me a towel and sticker with the WTF letters on them. Awesome!

The ride back to the headquarter site from Furita was a little windy, but it was strain and flat. It was kind of a nice ride. I actually was alone for a lot of it. Occasionally I would pass someone and occasionally someone would pass me. But there were no large groups of people. I like it that way.

Getting back to headquarters was a little confusing. We flew right by and there were signs pointing to continue forward. I think they were from the morning though. I had a good idea of where I was and made my way back. I to a nice long shower which felt great. We finished so early I’m not exactly sure what I’ll do with the rest of the day. But tomorrow will be a big day, so I’m oaky taking it easy.