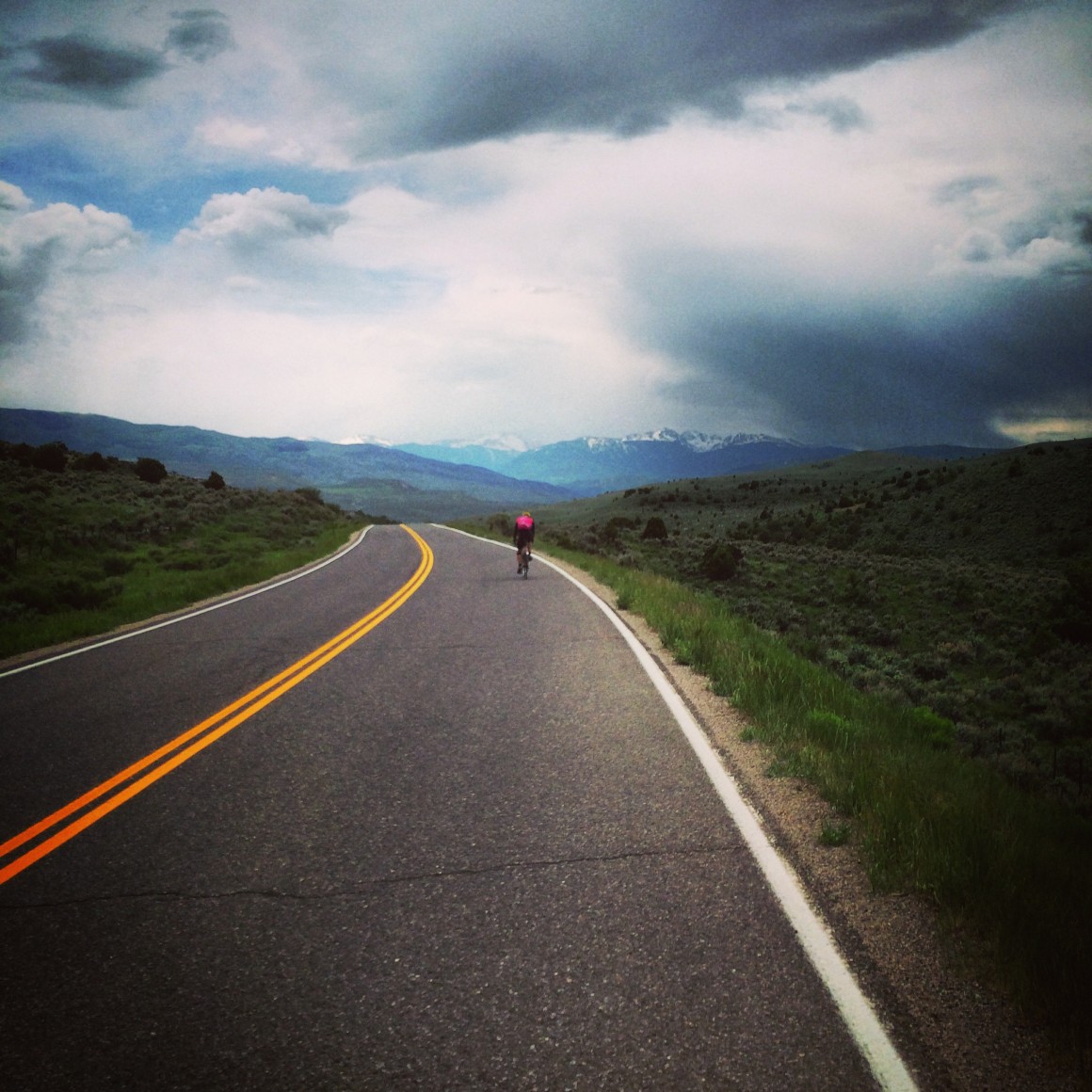 Today’s ride made me fall in love with Colorado and cycling all over again.  It was the most beautiful scenery I could have ever imagined.  There were some hard climbs, and the descents were the most exciting things I’ve ever experienced. In a world today was fun, but it was so much more than that.

I started a little latter this morning than I wanted to. But rest in the hotel was something I knew I would not have for the next two nights. I got going about 7:30am and most everyone had left already. The route started the same as the day before and it was a great ride. There was a hot air ballon over the Steamboat valley and it was just beautiful.

The ride continued on and there was a stretch of road that was almost flat, even though I think we were still climbing a bit. I couldn’t help but power though, I must have passed have of the riders. It was fun and my legs were just taking me forward. 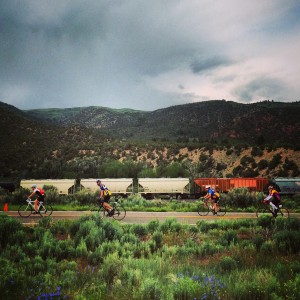 Eventually we got to a good climb and it was a little hard. I was happy though because I needed the challenge. Coming down was amazing. It was a long decent and we were averaging about 38MPH. It was so much fun. There was a woman ridding with me, she was tough, reminded me of Jessica. She was keeping up with me and drafting a bit. I felt like a real pro in that moment.

The scenery throughout the entire ride was amazing. I can’t believe how much it can change in Colorado.s And when the mountain peaks pop out it’s truly amazing. The Rockies are massive and it really puts things in perspective.

There was one more climb and then a good decent into Walcott.  There was a head wind which slowed me down a bit, but it was still a great decent. My friend Bill lives in Walcott so I gave him a call when I got to the aid station there.  We are going to meet up for a beer later.

The ride into Avon was great, I got stock in a pace line which was a good challenge. Once I got into Avon I set up the tent, showered and wrote this. Looking forward to some food and a few beers.  Tomorrow will be fun, it’s gonna be another hard one.

'Ride the Rockies Day Four: Steamboat Springs to Avon' have no comments