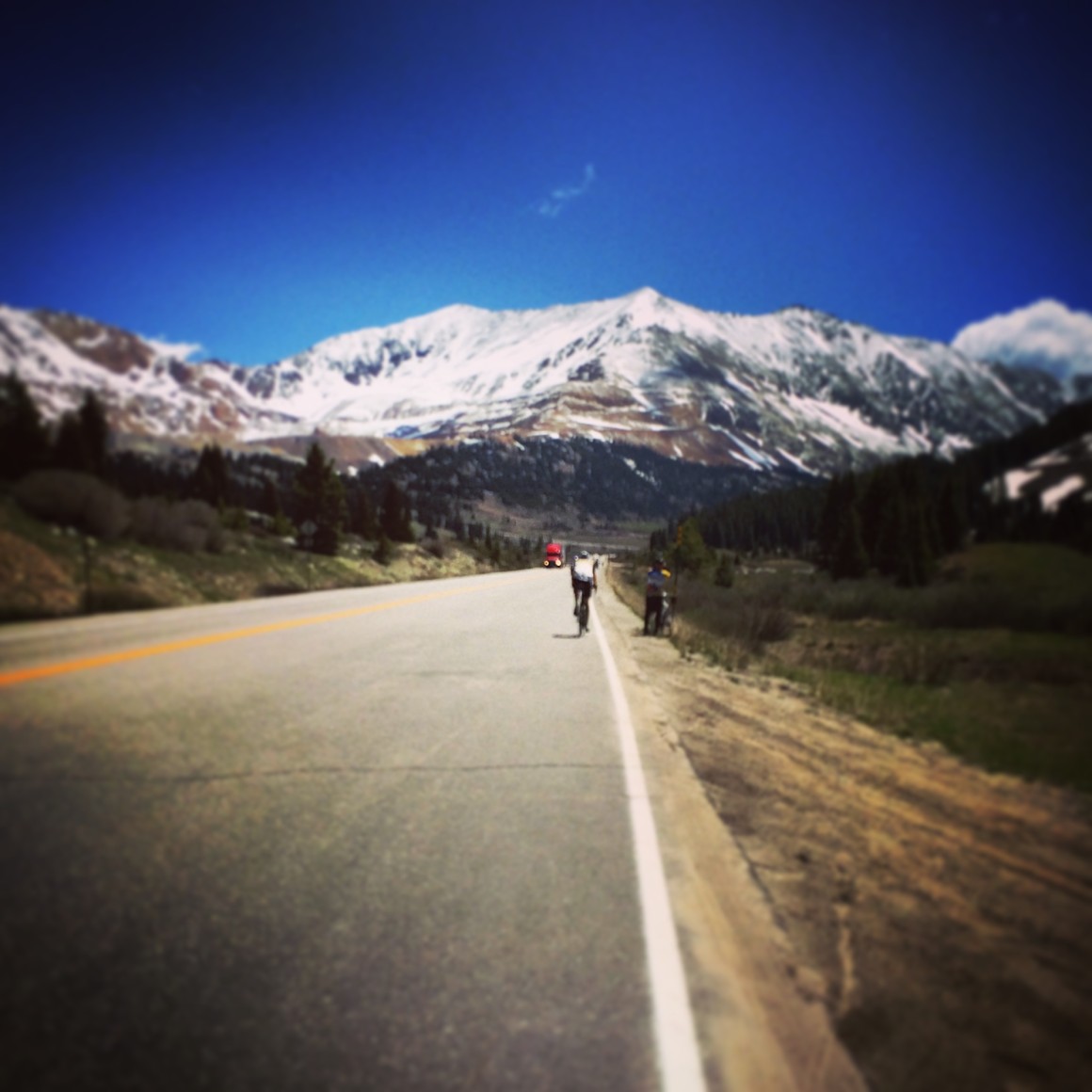 I woke up at about 5:20am. It was still dark out and I wasn’t ready to get up. When I finally got out of the tent I realized that many had already broken down and started to get on the road. I wan’t about to get into it that quickly.  I stood in line for the porter potties about 15 minutes, then another 15 minutes waiting for some coffee.  Once I had some caffeine in my I decided it was time to get on the road. I think it was about 7:00am.

The ride started through Avon an into Vail a little bit. I got stuck in another pace line, which I wasn’t crazy about, but it was the only way to navigate the crowd. We travel into the little town of Minturn which I remembered from my childhood. We kind of flew by it.  It was cold out and I was looking forward to getting some sun to warm me up. 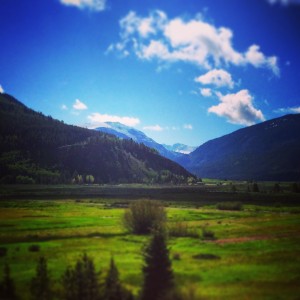 We had three mountain passes to conquer today and I was up for the challenge. The first was Battle Mountain, it was a four mile climb and it was a good challenge. It seemed to go on forever.

The next climb was Tennessee Pass. It was a five mile climb and it seemed a bit more challenging. On the top was Ski Cooper, a ski resort I always wondered about.  We were by Leadville and what a beautiful part of Colorado.  I saw Massive Mountain, a fourteenier that I wan to climb one day.

The next climb was Fremont Pass. I have to admit I was a little intimidated by this climb. It was the highest of the day and after already climbing two passes my legs were sufficiently tired. There was a nice down hill that seems to go on for ever, then a slight climb. I thought to myself that this is not going to be much of a pass.  Then I saw it. There was a hairpin turn and a enormous hill which seemed to extend beyond timberline. What else could I do though, but get up it. 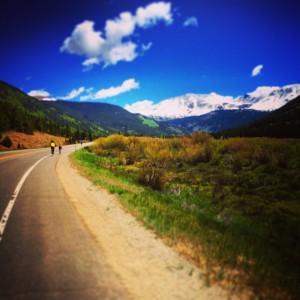 It was a slow climb, but I made it to the top, and it was beautiful up there.  There was a mine and lots of snow left over from the winter. I checked my GPS app on my phone and it had crashed, I was bummed I think I lost all the data from the climb. I fueled up and was ready to head down into Breckenridge. The decent was amazing. It was a little windy, but I was going so fast it really didn’t matter all that much.  I reached a top speed of 51mph which was exhilarating.

We ended up at Copper Mountain and then hopped on a bike trail to get over to Breckenridge. It was a public trail which wasn’t all that exciting since we had to deal with some other people on it. Then there was a little climb from Frisco to Breckenridge which was getting really difficult. As we approved Breckenridge I was downright tired and ready to call it a day.

Breckenridge is one of my favorite mountain towns and I’m excited to spend the night here. We are staying at the rec center and I’m hijacking some power and internet to get this post out.

'Ride the Rockies Day Five: Avon to Breckenridge' have 1 comment