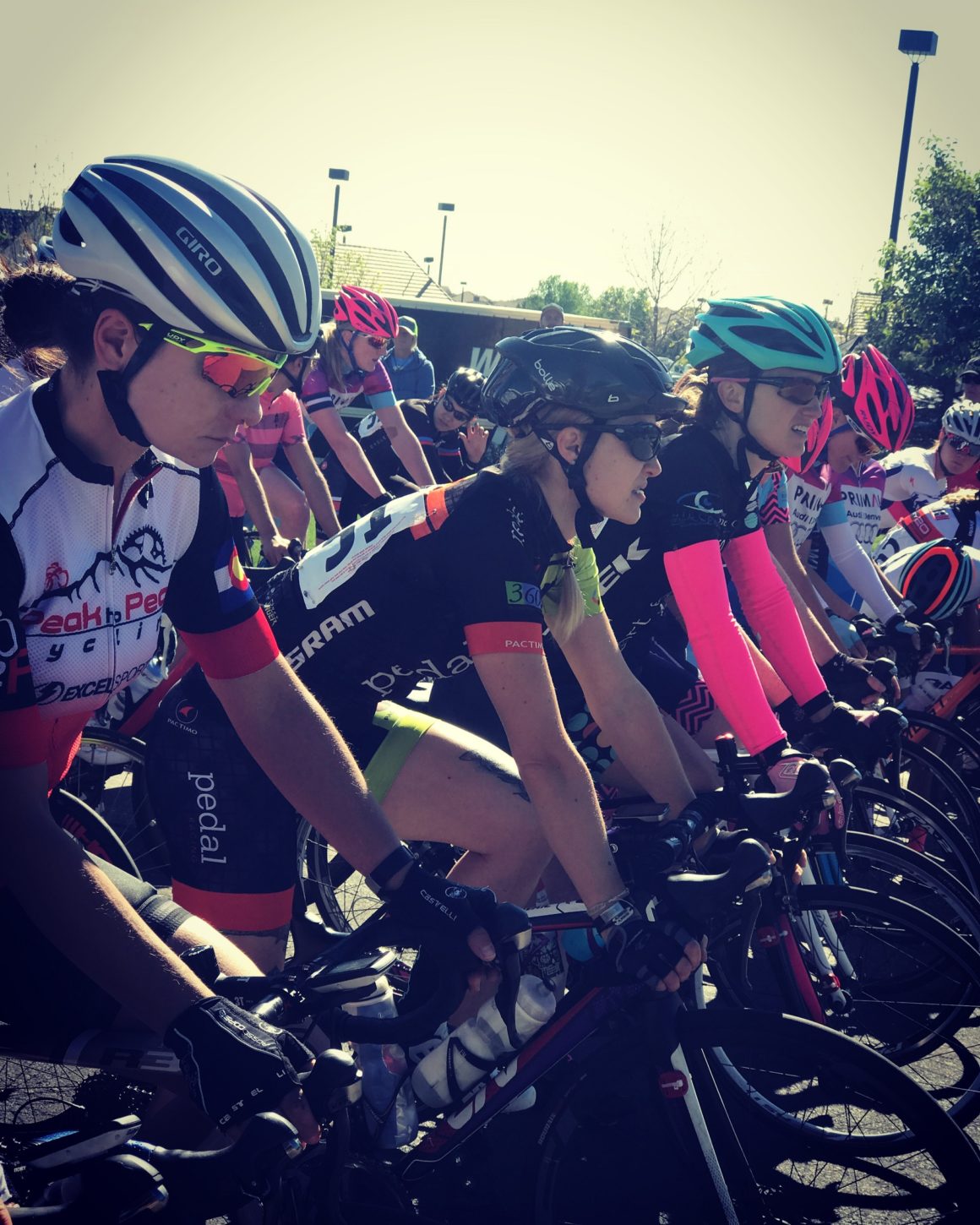 I first learned about “The Wall” – as it’s so aptly named – from American Flyers. You know, the 1985 cycling film? With their poor excuses for helmets and toe-clips.

I previewed “The Wall” after the Time Trial the day before to see just how steep this sucker was. Of course, I took it easy and the preview certainly wasn’t at race pace. I also didn’t repeat it three times as I would be during the race. Needless to say, it was intimidating and I almost would have rather ran up it with my bike slung over my shoulder.

By this point in the season, I expected to see my bike rival, Cassidy. And I did see her, but she was racing her age group (finally). There was one less competitor I needed to worry about on the course.

I lined up at the front with my buddy, Jen, from Fort Follies. I’ve noticed that women from other teams will work together on the course because not all of us are lucky enough to have a teammate. Jen and I worked together to stay with some of the MW 50+ who separated from the rest of their Category.

By the first go at the Wall, half the group dropped. There were 4 of us Cat 4/5 and 2 MW50+ and we sucked on the MW50+ wheel hard. If they were going to do the work without complaints, I was going to let them. This group of 6 stayed together for the next lap as well. I hoped one of the chicks would drop off and I even thought she would because she was struggling. We were all sort of struggling because this race was tough. It wasn’t a hill climb, but it should have been considered one.

One of the MW50+ turned to the SW4/5 that was struggling and said, “This isn’t the race to force yourself. It isn’t worth it.” And of course I chimed in with, “yeah, no use pushing yourself for a race.” I totally thought by agreeing with this MW50+ lady that it’d convince the SW4/5 to drop, but she held on, and good for her for doing so.

It always cracks me up when us racers will sit there and be like, “Yeah, sure, it’ll be grand. No worries.” But in the back of our minds we’re like, “yeah, drop out so I can win.” It goes to show that racing isn’t just a physical race, it’s a mental game as well.

So there the four of us were coming toward the bottom of “The Wall” – our third and last up-and-over. The ALP Cycles coach was on the sideline coaching her two SW4/5s telling them, “Patience. Wait for it.” I kept thinking to myself, “fuck me, I’m going to have to race up this damn wall.” And not what we’d been doing the two laps prior, but legs a’blazin’ all out sprint finish.

I was already telling myself I didn’t have it in me. And that’s my biggest problem: never believing in myself that I can do it; that I can win. All of a sudden, Jen shoots out of her saddle and is sprinting uphill with still about 500 meters left. Then one of the ALPs chicks chases after her. The other ALP racer and I follow suite. My legs burned. My chest burned worse. I tried to keep up with Jen and the ALP chick, but my legs were burning something fierce.

I accepted third. As long as I got third it was fine. So I backed off. I kept looking back to make sure the other ALP chick didn’t pass me.

As long as she didn’t pass me, I was okay with third. In hindsight, this first season was a lot about settling. Granted, third is a better place to be than last. I never settled for last. But I still settled. I remember when I let off the gas because there was enough gap between 3rd and 4th.

My family was at the top of the hill cheering me on as I crossed the line. I pulled over and breathed away the feeling of wanting to hurl. I was exhausted, but excited to land on the podium again, even though I settled.

'Race Anecdotes: Superior Morgul Class – The Wall' has no comments