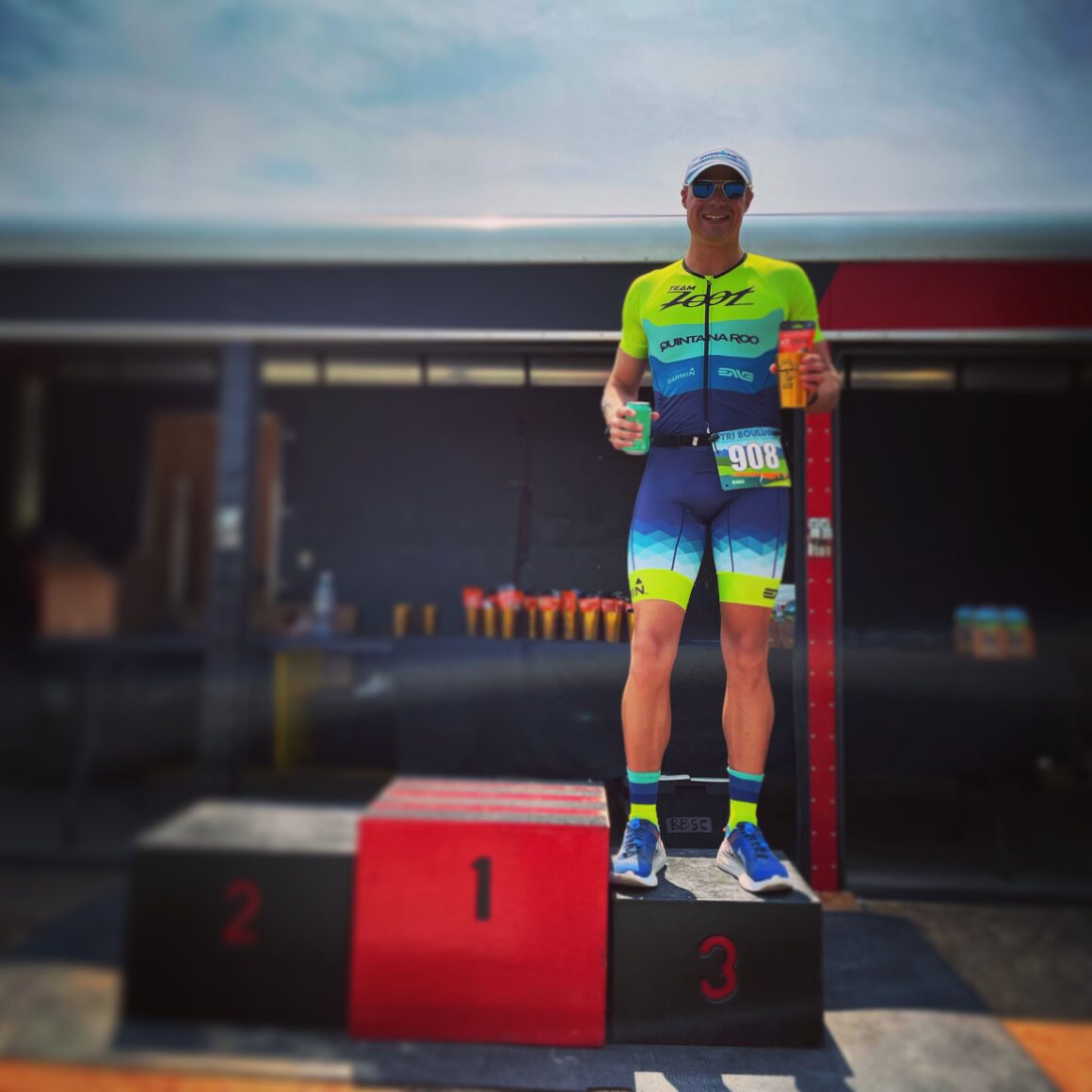 The Beast they call it, the long distance triathlon at the Boulder Tri, that’s what I signed up for back in early 2020. I had good luck at this race. In 2018 I took first place in my age group on it’s inaugural run. This year, I had a heavy schedule and a long race seems a bit overwhelming. But this is BBSC race, and I really like what they put on. Then have great medals and I always love the shirts.

The beast wave was set to go off at 7:05am, which made for an early morning for me. I had to get up about 3:30 to get ready and drive up to Boulder Reservoir. Transition opened at 5:30am an I wanted to there early as the racks fill up quickly. I had gone up to pick up my race packet the day before with Jacob.

Race morning and transition were great. I had plenty of room to rack my bike and even got to chat with a friendly guy next to me. I was able to get in a short warm up and was ready to race.

My biggest concern going into this race was the run. I hadn’t had any fast runs since IRONMAN Coeur d’Alene. I knew I would be able to get though the distance, but at what speed?

The swim went well. A little crowded at first then it opened up and I made my way around the buoys. I think I struggled a little bit with fogging and stopped to get the goggles clear. Once I completed the swim, I made my way up the beach and into transition.

I took off on the bike and was feeling good. However the first section of the bike corse was a little bit more work that I had remembered. All good, but it burnt some matches. The first loop of the bike course felt fast and there were many people out there. The second loop I was pretty much alone the whole time. This made me wonder about my position in the race.

I rolled into transition and got ready for the run. I was feeling good and my legs were moving. This run was a little strange. Instead of doing the 10k loop twice like the first time I did this race, you did the 10k run then the 5k run. Basically giving you 9.3 miles.

I cranked though the 10k and was feeling good. I was running alright, not a crazy fast pace, but better than I expected and had been running. There was not a lot of pressure on the first loop of the run, but I heard someone behind me as I started the 5k loop. He ran up to me and looked as if he could be in my age group. I was a little nervous that I would have to keep his pace. But we chatted and it turned out he was on his first loop of the run because he got a flat of the bike.

As I finished my run and headed towards the finish line I saw a guy a ways in front of me. Didn’t know it at the time, but he was in my age group. As I finished the race I felt really good about it. The guy I saw in front of me came up and said thank you for the extra push. I saw you behind me and I had to go faster. I wish I would have known that at the time and I would have pushed harder.

We checked our results and at first it said I was in 4th place. I was bummed. But then a few minutes later I was in 3rd place. Not sure how that happened, but apparently there was some sort of error originally. I ended up with a pretty good overall position as well.

It was great to get back on the podium. This is something that is not foreign to me, but always a challenge. It feels good to know the hard work I put into training come out with good results. 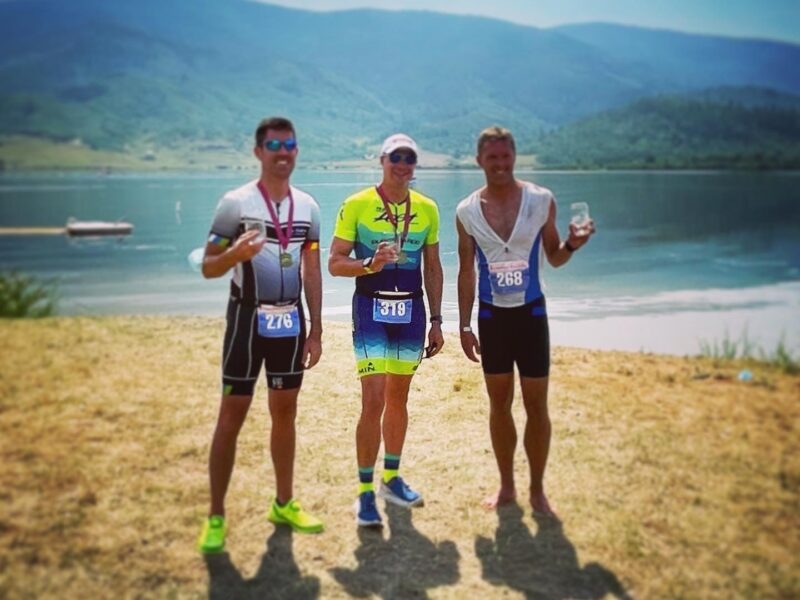