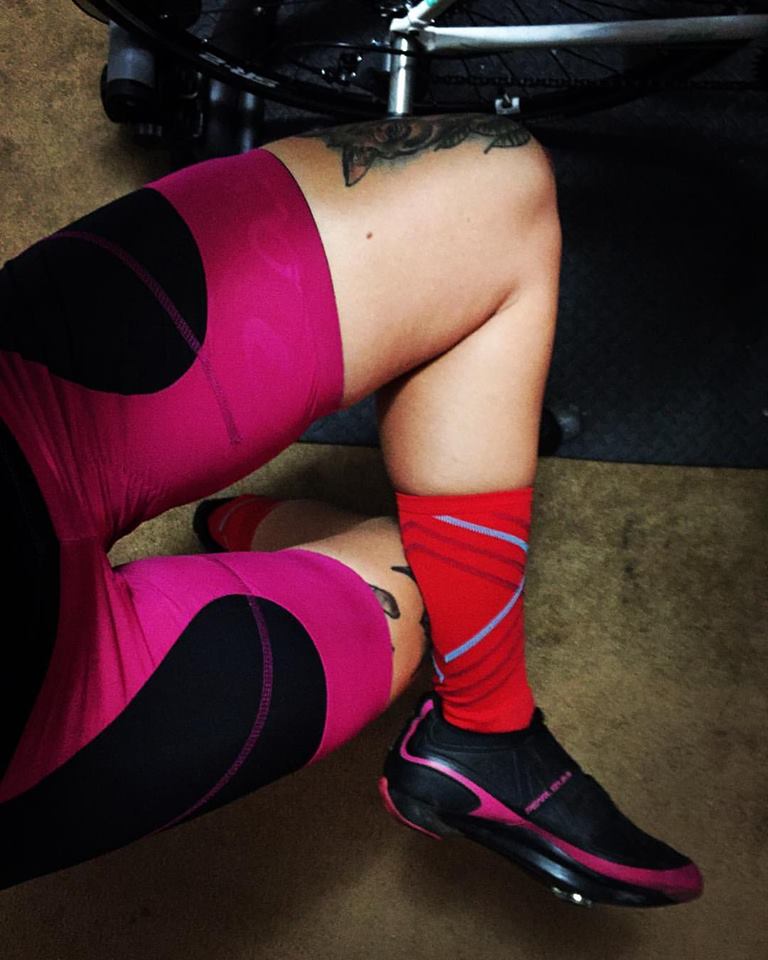 Two and a half weeks ago I had a saddle sore excised. As in, I paid a licensed doctor to numb my groin, draw a diamond shape with a blue marker across my skin, and, with a [hopefully] sharp knife, cut about an inch of flesh out of my crotch.

Now I’ve had surgeries before: removing a cyst from my hand, moles cut off, brain surgery, but this was gnarly mostly because it’s in a sensitive area.

They leaned the chair back into a table. The doctor asked me to bend my knee and pull my leg off to the side, hovering off the table into space. They were courteous enough to keep the rest of me covered so I wasn’t totally exposed.

The doctor gave me a hand mirror to watch her outline the saddle sore. I laid there, feeling totally vulnerable and a bit ashamed about the procedure. Like, how many people come to her asking to get a lump cut out of their nether regions?

Only, my breath was shaky like my left leg, outstretched off the table. The needle pierced deep into the several layers of skin. Breathe. Another prick, carving around the muscle, spreading whatever numbing fluid was in the needle. And another poke, but deeper. I felt like a pin cushion.

The nurse left me by myself on the table so the numbness would spread. “It’s better if we wait a few minutes.”

Maybe because I watch too many horror films, I imagined the numbing solution was just saline, and I was about to experience the worst pain in my life. As my thoughts grew darker, the doctor came in, chipper-like.

I tried joking too to laugh away my anxiety.

She leaned over my crotch and I almost felt like I was at the gynecologist: legs spread, cold table, bright lights, feeling like there are a hundred hidden cameras pointing in my direction.

As I joked about this being awkward, I felt the pressure of the knife and the loose skin leftover. She was tracing the blue diamond and I felt the corners. I felt the tug of the knife stuck on an unrelenting piece of skin that refused to succumb to the blade. It was like those frazzled strings you find poking out from the seams of your shirt. When you try to pull it off but it gets stuck so you pull harder, then you finally bite it off. When you look at the seam, it’s now puckered.

Breathe. One-
“So are you originally from Colorado?” I asked.

I saw the tool as it hovered over my lap. I felt the heat from the tool against my inner thigh and smelled my burning skin, almost like steak on a grill. I didn’t want to look down, but the smoke drifting to the ceiling pulled my gaze down to the shitstorm that was my crotch.

There was the pressure again and my stomach somersaulted inside with each tug of the string. And there it was- a spot not quite numb. A panic deep inside me simmered. Another slightly sharp sting. I kept thinking the next one was going to send me to tears. All I could imagine was “The Human Centipede.”

But it never happened. It felt like she was sewing something larger than the one-inch surface of skin below. She just kept knitting over and over, diving deeper and deeper into the layers of freshly-cut skin. My separated skin squeezed close together and tied off. It was like braiding hair: you can feel the tugging and you know what’s happening, but you can’t feel your hands actually touching your hair. You only feel the pull. Except this was my crotch and the pull was a needle and stitches.

At this point, I should have asked for a spare shirt because I sweated through mine. Tiny beads of sweat lingered at the back of my neck.

“Here’s the sample we removed.”

It looked like a piece of lobster after being fondue’d: puffy and white.

“It was actually a lot larger when we first cut it out.”

“That’s disgusting I said,” although I was greatly entertained by what she held in front of me.

The two women left me in the room, left leg still dangling in space, and told me I could get dressed.

I couldn’t do any strenuous activities including “rough sex,” while the stitches were there. I falsely assumed they’d dissolve, but two weeks later, they were still fully intact. Skin started growing over the stitches so there were sharp tings as a nurse cut them out.

If this scar is not a mark to dedication, then I don’t know what is.

'The Exorcism of the Saddle Sore' has no comments