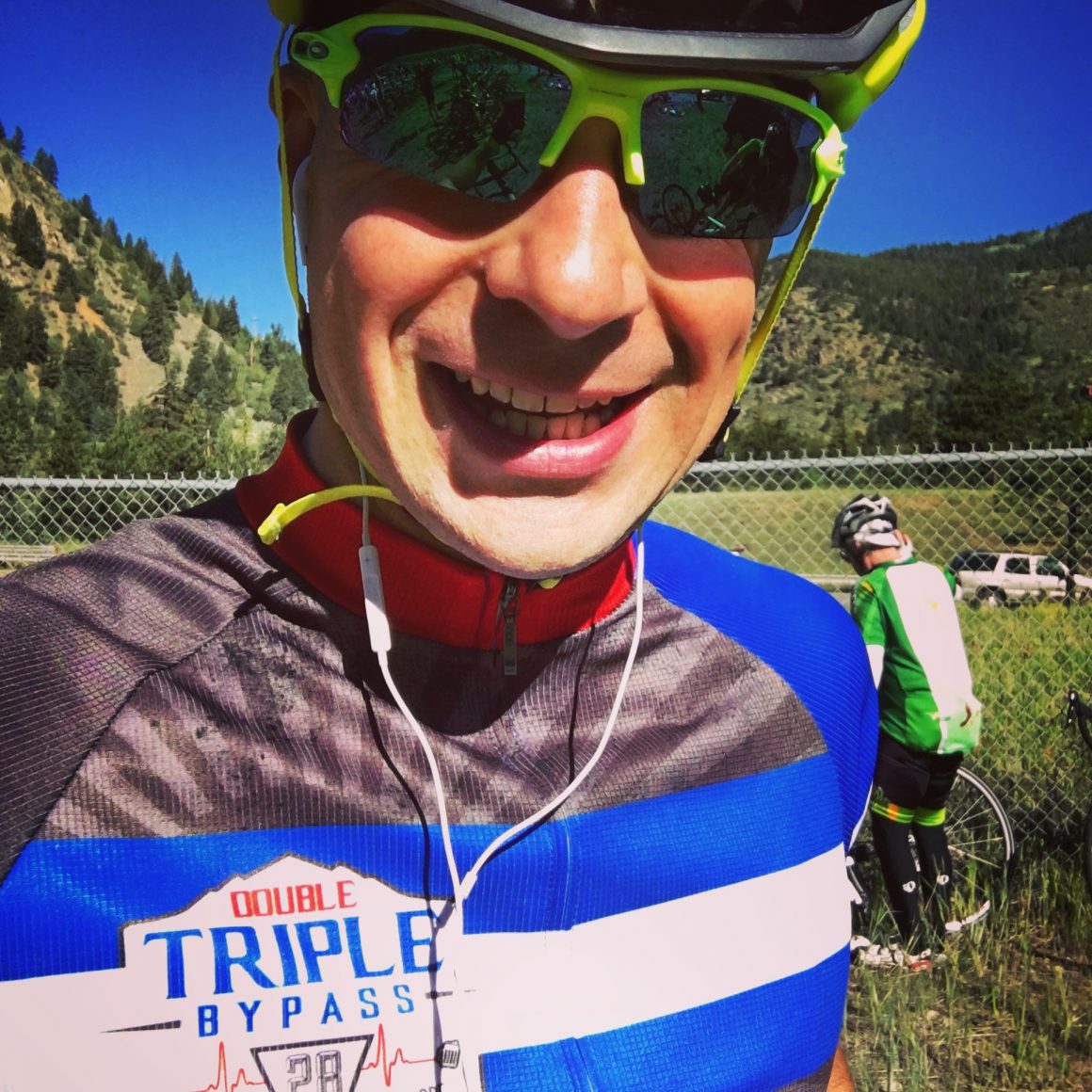 The Double Triple Bypass is an epic ride that takes you 240 miles through the Rocky Mountains, from Evergreen to Avon, Colorado, both ways over 3 mountain passes gaining over 20,000ft of elevation. It is no easy feat, but many attempt the ride every year. I had completed the Triple Bypass twice, but had yet to attempt the Double.

I knew I wanted to ride the Double the second I finished my first Triple. It’s a challenging ride, but the sense of accomplishment is great, that you feel like you can do anything. So of course Jessica and I singed up for the Double this year. And I’m glad we did.

We started out early, before the sun was up. Although by the time we got rolling there was plenty of sunlight. It was a cool morning, downright chilly as we headed up to Squaw Pass. You start off climbing right away and it’s a couple hours till you get to the top. It’s not an easy start, but the climb went well. We cruised past the first aid station and started the descent into Idaho Springs. It’s such a fun decent, very fast with some tight corners. A great reward after all that hard work.

There were a lot of spectators in Idaho Springs. They lined the streets rigging cowbells and yelling out. We felt like celebrities as we rode through the streets. Once you get through Idaho Springs it’s a slow climb towards Loveland Pass. I’ve done this section many times, it’s a bit of a grind, but nothing too challenging. Where it really starts to hurt is the bike path that starts in Baskerville. This is challenging for a couple reasons. On a ride like this it gets crowded and everyone goes their own pace. It’s also a bit of a false flat, you don’t realize how much you are actually climbing through the tall trees. 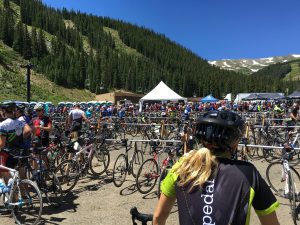 Once you get out from the path, you are at the base of Loveland Ski area. The road to the parking lot where the lunch aid station is located is a hard climb! Another false flat that takes a while to get up. But then we had lunch waiting for us. Last year we had to wait in a long line to get food. This year we got to walk right up and grab a sandwich. Yes, I had a sandwich! I wan’t concerned about avoiding the carbs on this ride.

One of the advantages of riding the Double Triple Bypass is that you get a drop bag that you can leave gear in. You can also drop items in it that you don’t want to carry. This was great because I was able to grab extra fuel and drop off my jacket.

We got our stuff exchanged and started back out on the road. The next challenge was Loveland Pass. It’s actually pretty easy from that point. I think it only took us about 15 minutes to get to the top. And then we had a fun ride down to Keystone. It’s a great road to fly down because it’s mostly strait with only a few curves.

The next challenge is Swan Mountain between Keystone and Breckenridge. It’s a fair bit of a climb on tired legs, but at the other end an aid station. We didn’t really need to stop, but we did to fill up water and use the rest room. From there you head out along a bike path though Frisco and on to Copper Moutain. The path was under construction which was a little strange, but we made it through to Copper. 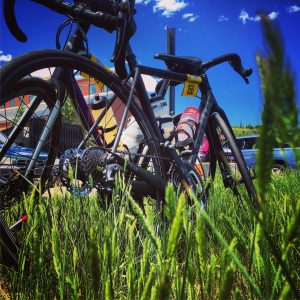 This is a great spot, because it’s only one short climb up Vail Pass and then a long ride down into Avon. As we started climbing an old man was sitting behind Jessica and I. He had asked how much further till the top. We had guessed about five miles, but lucky for both of us it was less. There was another aid station at the top of Vail Pass, but we skipped it and headed for the finish line. Of course that was another 30 miles or so.

By this time the wind had picked up quite a bit and we found ourselves stuck in a pretty intense headwind. So the normal easy ride into Avon was a bit more challenging. Do to some road construction we had to take a short detour onto a bike path in Vail. As we got on the path everyone was stopped. There were two Moose in the water. It was a cool sight but I decided to keep riding.

I was tired, but kept pushing on, we were so close to the end. Finally we came up on what I thought was the final roundabout, but realized quickly we had one more to go. As we road into the finish, Jessica’s bike was whistling. We figured we could find a mechanic at the end. We crossed the finish line got our mental and went to look for a mechanic. Unfortunately, there weren’t any there.

We got some food and then checked into our Hotel which was only about a block away, it was perfect. We walked to the City Market to get some water and food, then went back to the hotel to get in the hot tub. What a perfect way to end the first day of a long ride. There were several other men in the hot tub that were doing the Double as well. They all seemed shocked that Jessica would be doing it too. Little did they know that she would probably do it in a faction of the time it would take them, if they could even finish.

'Double Triple Bypass Day One' have no comments