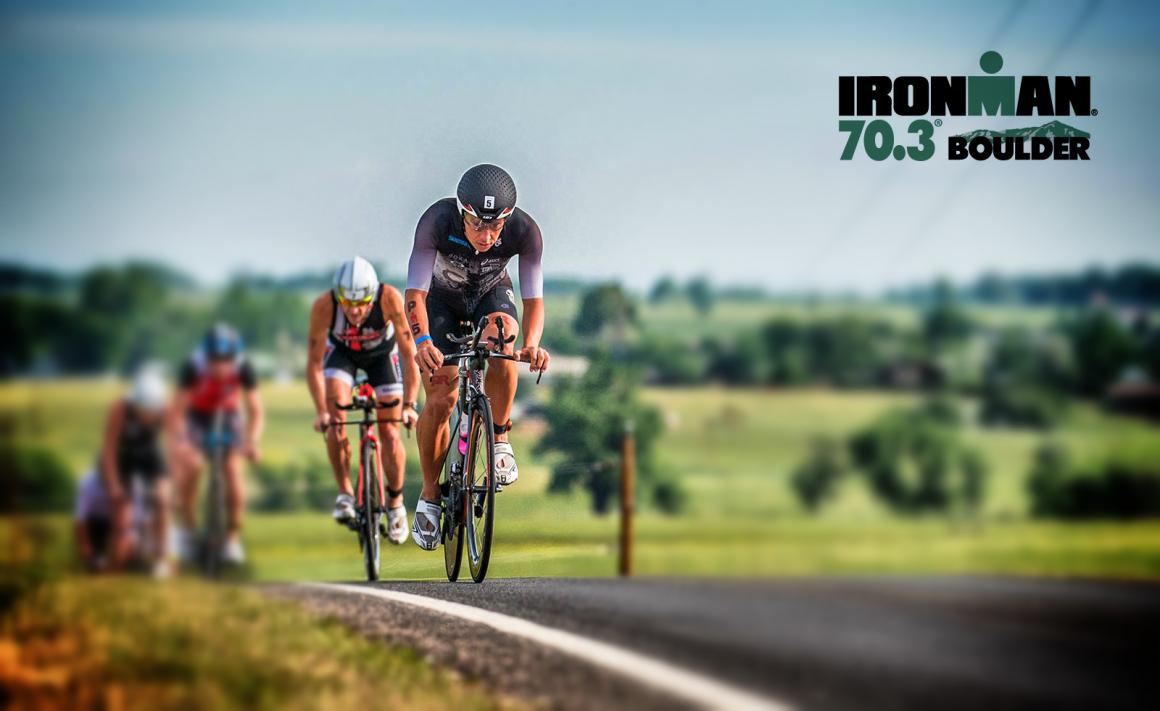 This year I wanted to race the IRONMAN 70.3 Boulder.  However, there are only so many weekends in summer to compete. The 70.3 in Boulder has been falling the day before Ride the Rockies for the last few years. I made the decision to go for Ride the Rockies this year instead, since both would be way to much. Unfortunately, it was a bad choice as I didn’t make it into the lottery for Ride the Rockies and could have raced at Boulder. Since things didn’t work out, I decided that I would volunteer instead. This way I could watch the race and help out at the same time.

Volunteering at IRONMAN 70.3 Boulder was an amazing experience. I wasn’t really sure what to expect at first. I signed up through the Rocky Mountain Tri Club, which I’m a member of. They had the aid station at mile 3 and 10 of the run. I figured this would be a great way to experience the race and meet some people from the club.

The shift started at 8:30am. I knew I’d be tied up all day so I decided to get a run in before I left for Boulder. Unfortunately, this made me a little late getting started. I got into Boulder about 8:30, but had a ways to go still to get to the aid station. As I approached Boulder Reservoir I saw all of the Cyclist out racing. Knowing I was going to have to make a left before too long, I wondered how I was going to cross the street.

There were police officers directing traffic, but I must have sat a waited for about 45 minutes before I could get across. Even then it was rather sketchy and I saw a triathlete quickly approaching on the bike. I screamed at the car in front of me “Go Go GO!”. The next challenge was to find the aid station. The roads were all conned off and I had no idea where I was going. With only one wrong turn I was able to find it and park.

I walked up to the the aid station and the coordinator welcomed me and said, “First question; are you wearing sunscreen?”. Thankfully I was. I got right to work setting up the aid station. Since it had taken so long to get there we weren’t that far out from the Pro wave coming through.

I positioned myself at the water station at the front. As the runners started coming through I handed out water. It was quite exhilarating! The pro’s flew buy and each one grabbing a cup of water. It was incredible to see how fast they were running. Some of them had special requests like Red Bull or Coke. There was a large gap in time from when the pro’s came though till when the age groupers started running by.

It was hot out there and there were many requests for ice. We didn’t have ice at the water station so we had to send runners further down the line to get some. I was really surprised buy how many people took the water. Only a handful of people skipped. I often skip the water in the shorter triathlons I’ve competed in as I don’t want to slow down. However, a half marathon is a significant distance. I’ll have to make sure to stay hydrated when I finally take on a 70.3.

About halfway through the day I switched from handing out water to pouring the water. It was amazing how much water we actually went through. The work was non stop until about 3:30pm. The last few runners came though having to be past our aid station by 4:30 to finish. The last runner came through and we offered her anything she needed. She had a half hour to finish a 5k. It was going to be a challenger for her, but she had made it so far. I never found out if she finished or not.

We tore down the aid station and packed up the truck. It was a lot of work, but so much fun and a great way to watch the race. To our surprise one more runner came though. She was unofficial but she was going to finish the race. Good for her!

I’m already planing on volunteering again at the IRONMAN in Boulder in August. It was such a fun experience I am looking forward to doing it again. I think anyone that races should take the time to volunteer and help out. It is a lot of work, but it takes a lot to put on these events and I’m happy to help out when I can.

'Volunteering at IRONMAN 70.3 Boulder' has no comments