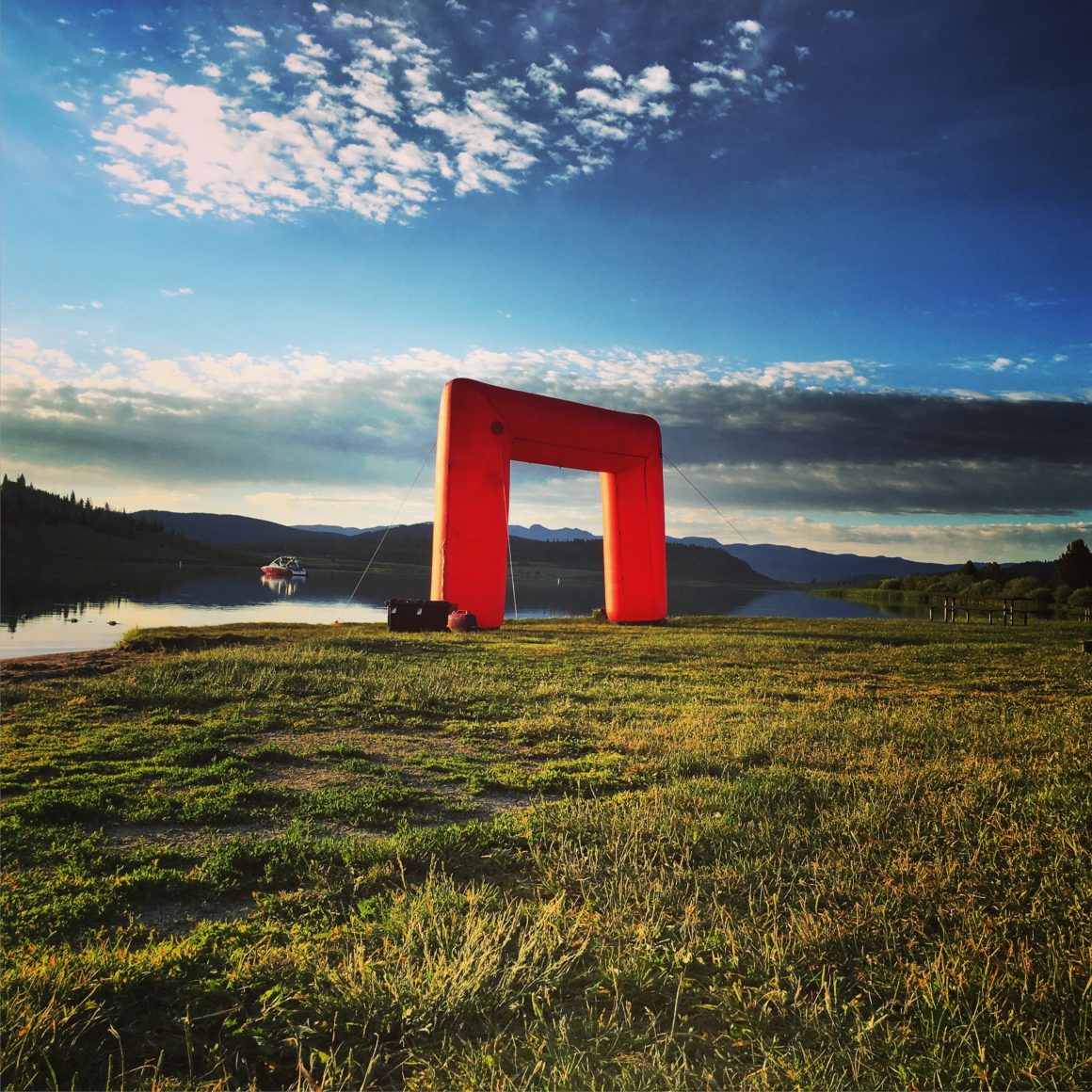 The Steamboat Lake Triathlon was a challenging and intimate event. There were only about 160 participants which was a very comfortable size. I was lucky to have a place to stay in Steamboat, even though Steamboat lake is about an hour drive north of Steamboat Springs. I set the alarm for 4am to give myself time to drive up to the lake. The race started a little bit later than other events with the first wave going off at 8am. But because the event was out so far, they allowed for race day packet pickup. The instructions said to be there on the early side of 6am. I shot for that and was the second person to arrive. It actually worked out well though because I got a great parking spot. 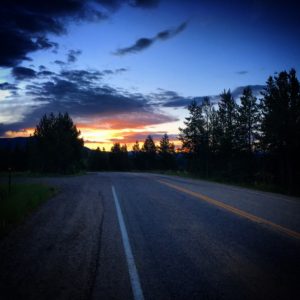 A Subaru had pulled in behind me, and out stepped an older man with a USA Triathlon jacket on. He started to comment about how the parking would go down about a half mile along the side of the road. We got our bikes ready and he asked me if he could borrow my pump. He had done the course before and warned me about the first mile of the run, stating that it’s a steep climb. This wasn’t welcome news as hills are not my friends on runs. 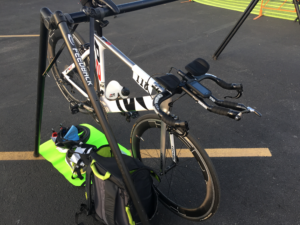 Since I had gotten there so early I didn’t have to wait in line to get my packet which was nice. I also had my choice of racks in transition. It was a pretty small transition area, so there wasn’t any particular great spot, but I picked one alongside the middle so it would be easy to get to. It gotten to the point where it really only takes a few minutes to setup transitions, so I had a lot of free time. It was quite beautiful scenery up there so I just sat and took in the lake.

Finally it was getting closer to the race time so I decided to get my wetsuit on and jump in the water to warm up. It was a cold morning, so I was a little concerned about the water temperature. The old man had told me he heard it was 72°, but I overheard a lady saying they measured it in the morning and it was only 69°. That’s a little chilly. So I got in and it was a bit chilly but really not all that bad with the wetsuit on. My Garmin said it was only 65°!

Finally it was race time. I was in the second wave, but the first wave was only about 5 people. I never really figured out who they were, I thought it might be elites, but I passed one on the swim, so I knew that wasn’t the case.

The swim went alright. For the first time I felt like I was hanging with the pack. I didn’t feel that my technique was very good though. I do feel that I’m improving on the swim, but I know I still have a long ways to go. The last stretch of the swim was a bit of a struggle. I could see the finish arch, but it felt like it wasn’t getting closer. It felt like I wasn’t able to swim strait either. I could see people exiting and I knew I’d have to catch all of them on the bike.

Finally I got out of the water and started stripping off my wetsuit. I slowly jogged to transition and started getting ready for the bike. Things went smoothly and I ran out of T1 the same time as the old man. I wondered if he started in my wave or the wave after me. Never the less I got out on the bike before him. The bike started off well, there was a big hill getting out of the park before the main road. It was easy for me on the bike, so I was able to gain some ground there. 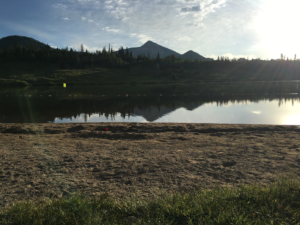 As I rode I kept overtaking people and was feeling good about my position. It was an out and back course, so I knew I’d be able to see everyone that was ahead of me. There was a section of the road with a long downhill. I was able to cruise at 40mph! What a great stretch. As I came out of that section there was a small climb. I conserved some energy and a kid that I had passed had caught up to me. I wasn’t going to have any of that, so I stepped it up and dropped him. About that time I started to see the race leaders starting their way back. Then I saw the turn around. I knew that I was at the front of the pack.

I was really excited I thought for sure I had a shot at the podium. The ride back was a little bit harder as it had much more climbing. I had one guy pass me on the bike, but there was no way I was going to catch him. I passed a few more people but there were a few that I just couldn’t catch up to. As I got close to transition I saw the leaders starting the run. I was still happy with my performance. I got back to T2 and got ready to start the run.

The first mile of the run was basically up hill. It was not a great start, but I set into a steady pace and got through it. As I got to the top of the run there was an aid station. They guy handing out water said good job guys. Guys? Then the kid that I didn’t let pass me on the bike flew by. He was hauling ass and there was no way I was going to catch him. He was 19 though, so I didn’t worry to much since he wasn’t in my age group. 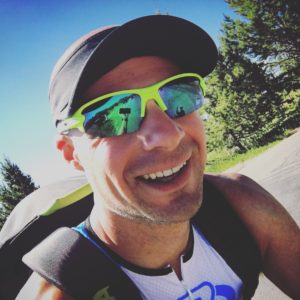 I felt good on the run, I was in the seven minute pace for portions and eight minute on some of the hills. I would have liked to be faster, but it was comfortable and no one else was catching me. For a long portion there was a guy in front of me in a bright green tri suit. I wanted to catch him. I kept getting closer, but never got to change to over take him. The run course was nice, it went out onto the road where the bike course was, but then came back on a dirt trail about the lake. It was in a field of wild flowers. So beautiful.

I was feeling really good about my position as I crossed the finish line. There were only a few people standing there. I grabbed a bottle of wanter and went to look at the results. There was a short list. Soon the guy came over and posted an updated list. There was my results, I had come in 7th in my age group but 18th overall. I was shocked. I felt that I had done better than that. My age group was stacked with some strong performances though. Of course I wanted to podium but I was happy with my performance. I know that if I can improve the swim, I will have a better chance to get out in front.

I waited around for a little while and watch people finishing. The awards ceremony was going to be an hour later, so I decided I’ll leave instead of hanging around so I could get back to Steamboat and check out. It was a small, but great race. I’m happy with how I did, but disappointed I wasn’t able to take the podium. All in all it was great practice and the venue couldn’t have been more beautiful. This is a race I might have to do again next year.