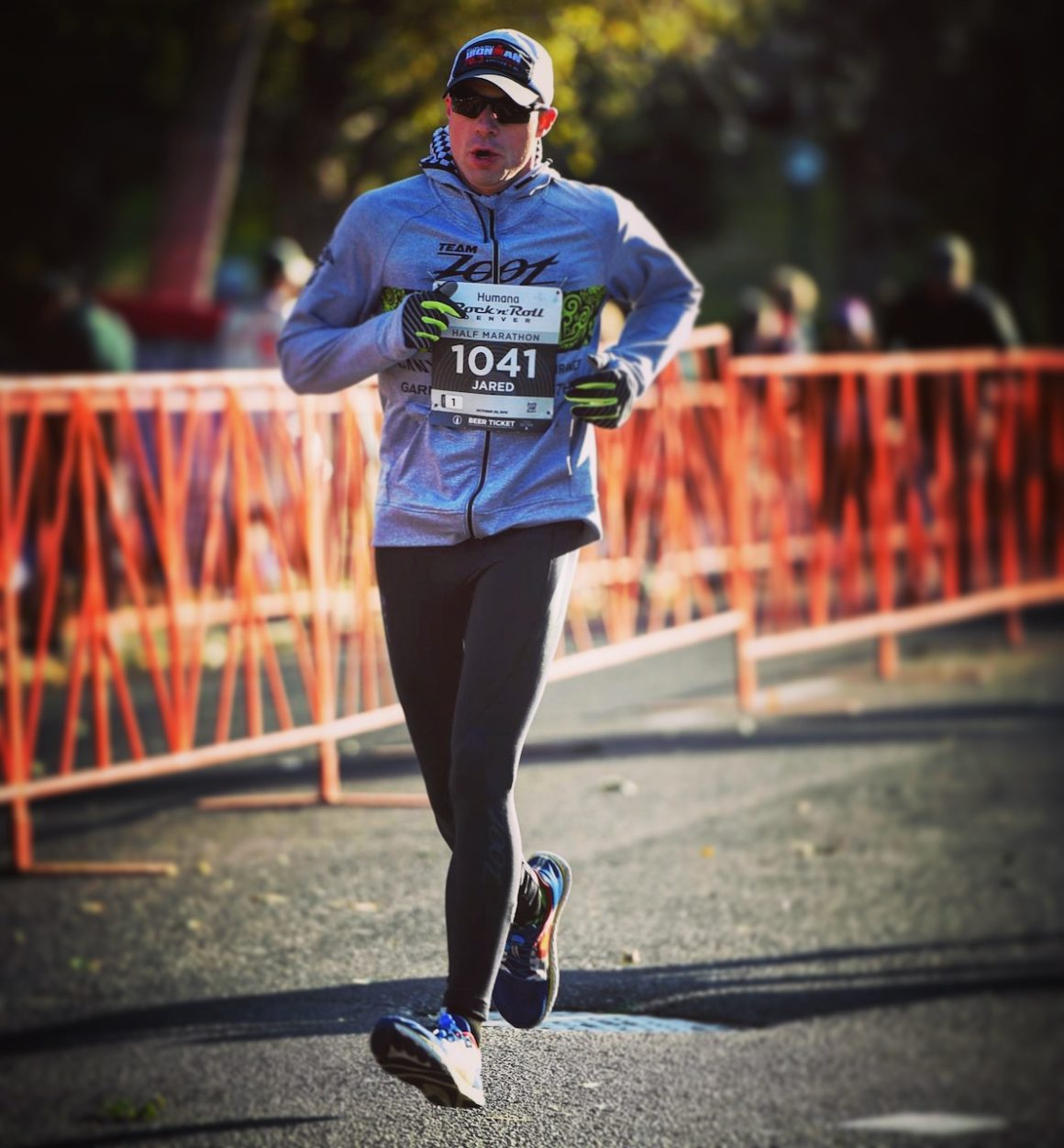 This was my first time racing the Rock ‘N’ Roll Denver Half Marathon. It looked like an exciting late season race that worked well with my schedule. I was also familiar with the course so there would be no big surprises.

IRONMAN own the Rock ‘N’ Roll Marathon brand so there was a very familiar look as feel to this race.

My race season didn’t go to plan this year. I bailed out of two races, something I’ve never done before. But life got in the way and I made the right call. Never the less it’s still a struggle know that I couldn’t do what I signed up for. In addition to missing those races, I also missed a significant amount of training. And added stress resulted in poor eating habits which left me about 20 pounds heavier.

The Rock ‘N’ Roll Denver Half Marathon was not an “A” race, it was more like a “C” race. Something to do, but really just a good training day in my build up to IRONMAN Arizona. I say that, but I really wanted to set a new Half Marathon PR at this race.

I had an impressive run back at the Colfax Marathon, earlier in the year. I set a PR for not only the Marathon, but I had my fastest half then too. My goal was to improve on that time.

Leading up to the race I was able to get my training back on track. While I still felt under prepared I had several solid weeks of training under my belt.

The day before the race, I had a big training day. It was actually supposed to be even bigger, but I chopped it down to be more practical. I was feeling good and ready to preform the next morning. We had to go to the National Western Complex to pick up the race bib, and got there just before they were closing. After we when into Denver to meat the Team Zoot folks for dinner.

It was great seeing people from the team, I had missed a few of the other dinners so I was nice to make one. Unfortunately, I got some bad news at the dinner. They said, have you see the weather for the race tomorrow. And yes I had looked, it was going to be cold. But what I had not looked at was the wind. There would wind 20-30MPH for the race!

I absolutely hate the wind!

This put a bit of a damper on my race plans. I knew I would have to dress extra warm and that it could hinder my ability to preform at my max. But it was also my first race since August and I needed to just get back out there and get it done.

I woke up early on race morning, about 4am and got ready. I had a solid plan to get to the race start. I would park were I park for work and walk to Civic Center Park where the race started. It’s actually a little closer than where I have to walk to work so it was perfect. I actually jogged there to get in a bit of a warm up.

The wind was blowing consistently and there were occasional gusts. It was going to be a tough one. I ended up getting to the start about 45 minutes before the race start, so I had to keep warm for a while which wan’t great. Finally I took off my big coat and checked it into the bag check.

The good news was I was in coral 1 so I would be going off first. I got into position and was ready to race. My plan was simple just go out there and keep the best pace I could.

There was a slight delay to the start of the race as the wind was kicking some things over, but we only lost about 3 minutes or so. And then we were off!

The wind was not pleasant and as we winded though the streets of Downtown Denver it came and went. I settled into a pace and realized I was right behind the 1:35 pace group. I was looking to beat 1:34, so I was right on. After a few minutes stuck behind them I felt that my pace was stronger, so I moved in front of them. I was feeling good about this, but it did not last long.

Soon I heard the 1:35 pacers talking behind me. And not long after the were in front of me fading into the distance. While I was able to hold pace, I knew I was running as fast as I could. I was cold and the wind was strong.

As we left Downton Denver we got to run along 17th. This is also the way the Colfax Marathon goes at the end of the race. It was nice because I was still relatively fresh at this point, unlike in the Marathon and we had the wind about backs. Unfortunately, there is one short, but steep hill out of Downtown onto 17th. That hill hurt! And that’s the point where the race became a bit of a struggle.

I help my pace down 17th but I could feel myself slowing. I focused and just kept moving forward. I got into City Park and worked my way though. The race was feeling long at this point. There was a band setup by the last section of the park. As I passed I heard them call out oh look there is 1:40! Oh no, I lost 5 minutes and the 1:40 pace group was right behind me.

I didn’t want to get passed by them, but I could feel them getting closer and closer. As left the park and got back onto 17th we had the wind in our face and I wasn’t sure how I would be able to stay on pace. I pushed as much as I could and I could hear the 1:40 group getting further behind me.

This section of the race seemed to move quickly and I realized I was about a mile away from the finish. I was feeling good about where I was and knew I could make it ahead of 1:40. Not exactly where I wanted to be but still a strong effort. The end of the race surprised me as we ran over the Capitol Building and then onto 14th to the finish. That section was downhill which was nice!

I crossed the finish line, got my medal and a blanket. I was cold! I had done it finished in 1:39, for my second best half time. Although my fastest standalone half. So while I didn’t PR, I had some crazy conditions to deal with. And where I was given how this season has been going I’m happy with the result.

This season has be hard. It’s the first time I’ve not been improving since I started racing. But I am staying consistent. It’s not an easy pill to swallow, but I know I’m giving it my best. I still have two races left this season, and I’ really excited. I can’t wait to see what I can pull out.