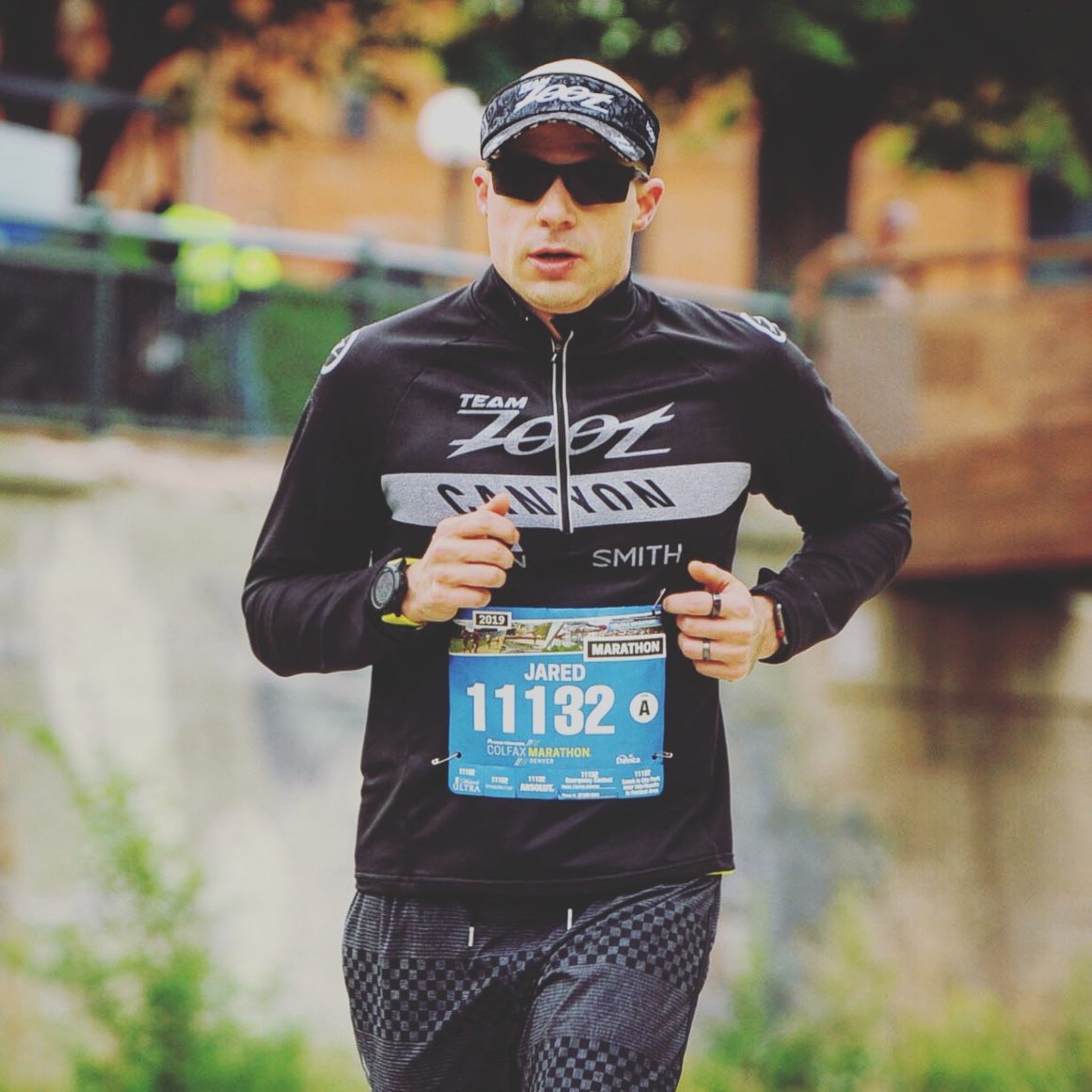 The 2019 Colfax Marathon was my second attempt at the marathon distance, outside of an IRONMAN. And my second time run Colfax. The marathon has been a bit of a struggle for me. I keep wanting to go the distance, but I’m never as ready as I want to be.

Two years ago I was set to run Colfax, but had to bail out because of a nasty stomach virus that left me sidelined for almost 6 weeks. Last year I had also planed to run a marathon, but switched to a half because of lack of training. The fact of the matter is the marathon takes work.

This year I put in the work and if paid off. Coming back from my ankle injury I missed the first four weeks of my training plan, and I even had to contact the coach to select a lower level plan to accommodate. But I stuck to it and had a very good build up to the race. But I still didn’t feel ready.

The marathon distance is scary. It’s long, it hurts and it’s longer than any training runs. It’s just not something that you can go out and do, even though some do. Needless to say I was terrified race morning.

My taper was going well and I had continued with my swimming for triathlon training. Friday before the race I had a session and experience two massive calf cramps. I woke up Saturday morning with for calfs. This made me pretty nervous for the race.

Race morning I got up at 3am. I got out of be and my legs felt pretty fresh. I could still feel my calf a little, but it wasn’t as sore as the day before. I was quite relived. I made my Bulletproof Coffee and hit the road to get to City Park.

It was rather cold out maybe about 40°. Once I found a parking spot I turned up the heat in the car and sat there for a while to warm up. I drank my UCAN Superstarch mix and took my Vespa. It was time to go!

It was cold out there and I was ready to start running so I could warm up.

I was in coral A, somehow. I don’t know what I put my predicted finish time as when I singed up, but I must have had lofty ambitions. I put myself at the back right behind the 3:10 pacer. In my head I wanted to beat 3:10, but I don’t know if I was capable of that, but we would see.

The race started at 6am sharp. We were off and I was feeling good, other than being cold. After about a mile in I settled into a good pace. My first mile split was about 7:24, which was faster than my goal pace of 7:30. I was really happy. I had also passed the 3:10 pacer which put me in a good position.

The miles started passing by and I was keeping pace. I felt great and was very pleased with how the run was going. As we passed though Denver and hit the Cheery Creek path I started to have some people pass me. It was a bit of leap frog for a while.

As we ran into Mile High Stadium we passed though warm air which was a nice relief! But leaving the stadium we had a bit of hill getting back onto Colfax. That hurt.

It was nice to have some people to talk to for a while and we were all keeping the same pace. They were pushing me a bit harder and I was happy with that.

We hit the half marathon mark and I had a new half PR! The run was going great and I still felt good. After the half mark we had some rolling hills and we ran though Lakewood. It was enough that I started loosing pace. Around mile 15 I could not hang on any longer. So I like my running buddies go and I held on to what I could.

Then the 3:10 pacer passed me right before we got back onto Colfax and had a nice downhill back to Denver. I could see the pacer getting further and further aways from me. I was hurting. My pace seems to slow dramatically and I knew I didn’t have much left in my legs.

Energy wise I was good, but my legs were tired. I made it to the wall at mile 20. I was getting close and I had to really push to get it done. The hardest stretch was back on the Cherry Creek trail back to Denver. Here I started working about being able to keep going. It was stating to hurt.

As I made it back to Denver I could taste the finish, it was so close, but I was still struggling. I started counting down the miles. I ran by where I worked which distracted me for a moment, but then I realized I still had a few miles left.

Finally I was back at City Park. I knew the finish was close and I could feel the my pace started increasing. I could see the finish line and it was so welcome! I crossed it and looked down at my watch, I was under 3:30! That made me happy and that’s all I needed at that moment.

I had just completed a marathon, felt good about the pace and got a new marathon and half PR. It was a good day. I was sore though, but I kept moving because I knew if I stopped I wouldn’t be able to go again.

While I had ambitions about getting under 3:05 to qualify for Boston, I realize the amount of work that is required to get there. My running is improving and I’m getting faster. I also realize that I need to work on my muscular endurance. I need more long runs to adapt to the fatgue.

I’m not sure when I’ll run my next open Marathon, but I think I’ll be able to get my BQ if I do the right build. Maybe next year we’ll see what I can do. The rest of this season is about Triathlon though, time to focus on that.