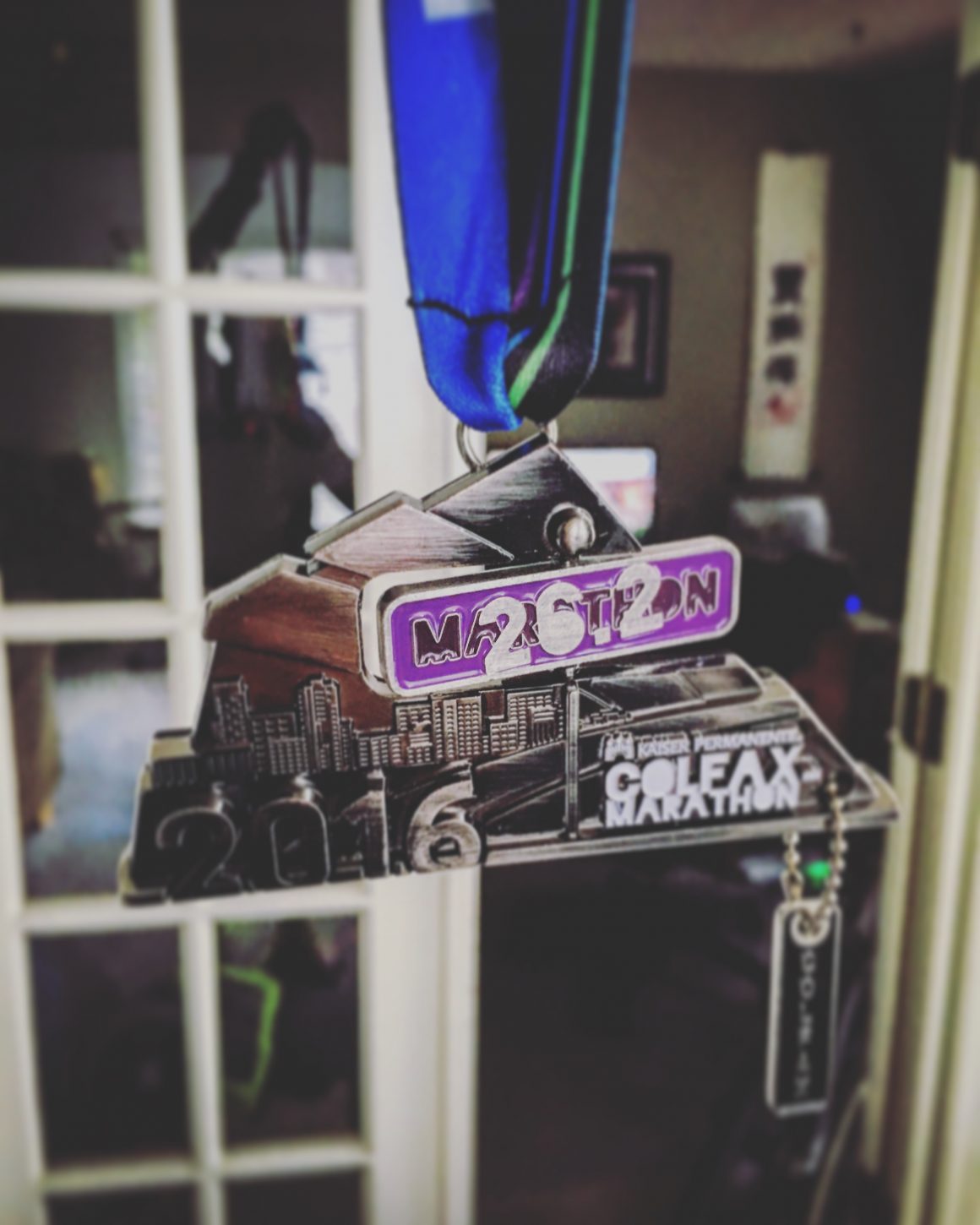 Thinking back as to what lead me down the path to run the Colfax Marathon, unveiled a chain of events that I would have never imagined 10 years ago. It was actually about 10 years ago that I changed my life and turned to health and fitness. I woke up one morning looked at my 200 pound body in the mirror and was mortified. I knew then that I had to do something to change my life. I found Body for Life, followed the meal plan and workouts and lost 60 pounds. That was the change I needed that slowly got me addicted to exercise and proper nutrition.

Somewhere on this course I discovered cycling and quickly grew from a recreational cyclist to a serious cyclist. It changed from something I just enjoyed to stay active, to the desire to ride further and faster. With that came the desire to compete, and that’s when I learned about triathlon. For years I looked at local races with the desire to sign up, but never did. The biggest challenge was that I didn’t swim. After expressing my desire to Jessica, she agreed to do a triathlon with me. We jumped in the pool and attempted to learn how to swim. Later that year we completed our first triathlon.

In the triathlon world there is a giant elephant standing there, Ironman. The ultimate challenge, 2.2 miles swim, 112 mile bike, followed by a marathon. 140.3 miles of pure pain. Somewhere along my journey I decided I was going to do this. Why I can still not answer, but the desire is there. To compete in such an event I realized that I need to be prepared, mentally and physically. One of the steps to achieve this is to be able to run a marathon. I’d never come close to this distance before, so I knew it was the first step. 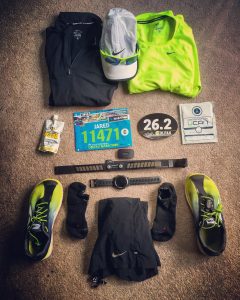 Completing the Colfax Marathon was no easy task. It took a lot of training and dedication. It’s a feat that I’m extremely proud of. After I ran my first half marathon last year at Colfax I knew I would step up the distance. Originally I wanted to run the Rock and Roll Marathon that October. While I probably would have had time to train, there was a conflict with the date so it didn’t happen. I’m glad I was able to make the Colfax Marathon my first.

Since my desire to compete in triathlon was so great, finding time to train for the marathon distance wasn’t easy. I established a plan and I worked towards it. Actually the plan went very well until about a month out. The weather hampered some of my long runs which I think hurt me a little on race day.

The Colfax Marathon started at 6am, and they suggested that you park before 4:45am. That made for an incredibly early morning. I wanted to get my full 8 hours of sleep so I planed to go to bed at about 6pm the night before. I got to bed at about 6:50 and was actually able to sleep alright. Waking up at 3 am was not fun, but I felt good, ready to race. 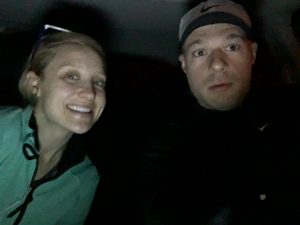 Jessica got to my place at about 4 and we drove toward City Park where the race started. Last year I had a very hard time finding parking and ended up parking on the actual marathon course. This year was a breeze and we got a great spot in the Zoo parking lot, just a few steps from the start. The bad part was we were there really early and had to hang out in the car. It was cold, only 43° out and there were a few drops of rain. I wasn’t looking forward to the weather, but I knew the temperature would be nice once I got moving. 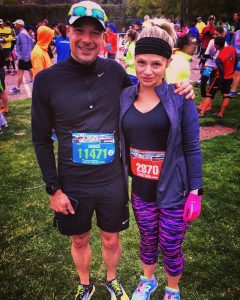 Finally we got out of the car and walked towards the starting line. We met up with my sister and brother-in-law and then my friend Andy’s wife, Karyn. Jessica and my sister were running the half marathon and Karyn was doing the marathon relay. It was good to have people at the race. Finally it was time to line up, so I said my goodbyes and got in my coral, which was “C”. We went of about 90 seconds after the first wave.

There I was, starting off the marathon, I knew I would have a long race ahead of me. As I got going I felt good, and had made the decision not to pay to much attention to my watch. I wanted to finish in a good time, but I didn’t want the stress of having to meet my goal pace. As the miles passed I did take a look at my splits and found that I was running a little faster than I had anticipated. This made me happy.

I was excited about the course because I got to run through a lot of areas I was familiar with. I ran by my office downtown and then onto the Cherry Creek bike path. We got to run though Mile High Stadium whcih was really cool!

About an hour and forty-five minutes in I hit the halfway mark. This was my fastest half marathon time, I was very pleased by this. I’ll be honest, my strategy was to open up and run even faster the second half. My legs had another idea. They didn’t full on hurt, and were completely tired. They just didn’t have the get up an go I needed to run at a faster pace.

I knew that the return run would be slightly downhill and I thought this would help. It didn’t, and I was getting passed a lot. Did I screw my pacing up, was it the lack of long runs? I was a little discouraged at this point, but was still moving. My pace was dropping and it was hard to hang on. As the end of the race neared, I saw the 3:45 pacer run by me. I so wanted to beat four hours. I thought, if I can just hang with him. I couldn’t. 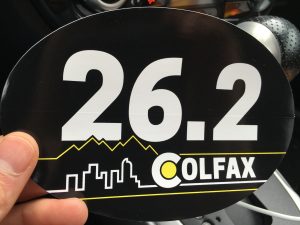 The last three miles hurt, I was running, but my legs felt like lead. I knew I was getting close and could get this done. I approached the park and passed by the place I had parked last year. I knew I was close. But the course seemed to last forever. Then I saw it, the finish line! I gave it everything I had. I can’t call it a sprint but I pushed hard towards the finish line. I saw Jessica and her family there cheering me on. I was about to go in for a high five, but said fuck it I will just finish! And I did.

The pain was real, I’ve never hurt so much and I could barley walk. I hobbled over to get my free beer, which I had earned. But that was about all I could take, there’d be no extra festivities that day.

I knew it would take several days to recover from the marathon, but I really didn’t realize how much pain I would be in. I guess a small price to pay for going the distance. I’ve already set a goal to BQ on my next attempt. I think it’s possible with the correct training. I’m just not sure what will come first, my next marathon or an Ironman.

'The Pain is Real – Completing the Colfax Marathon' have no comments