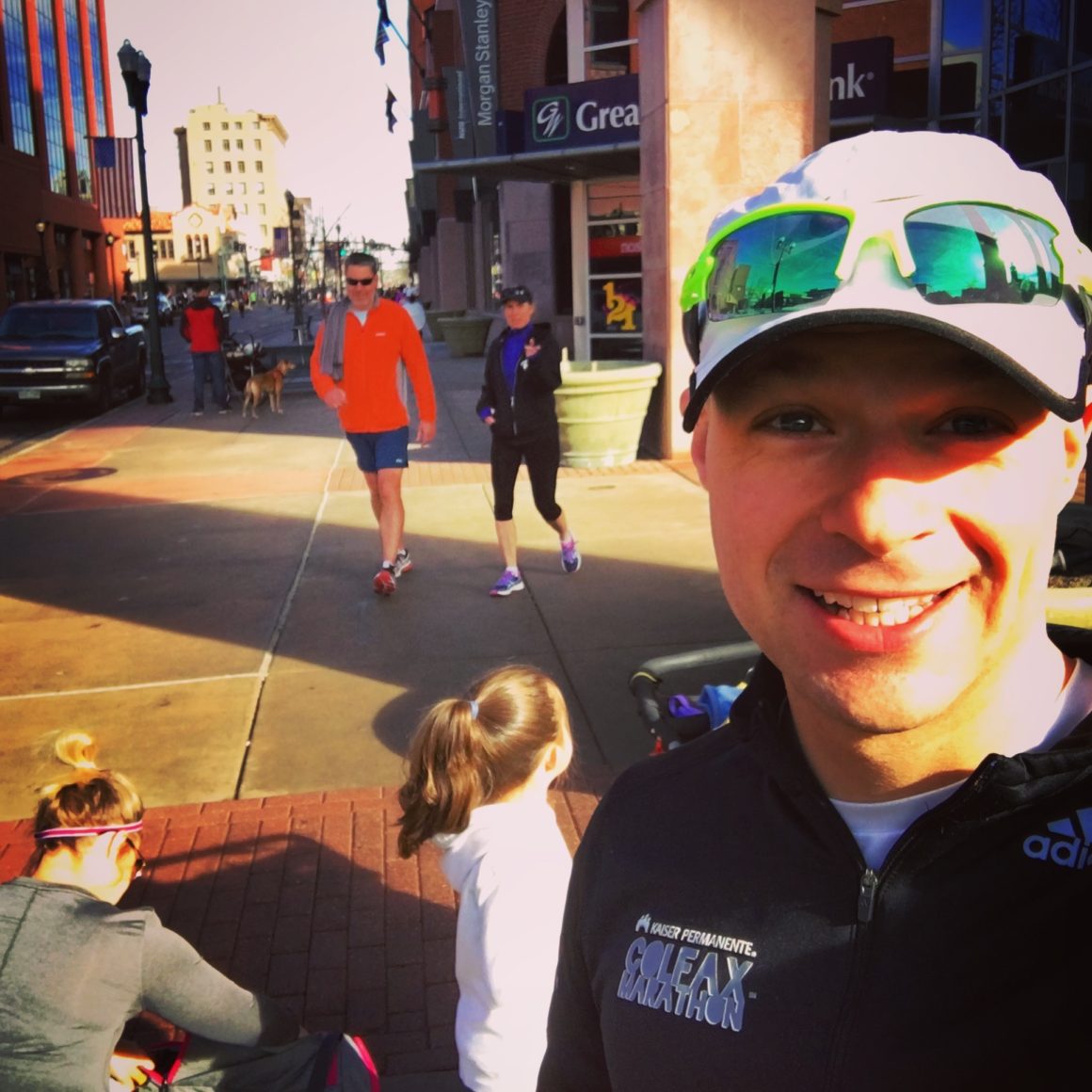 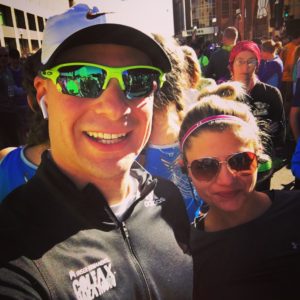 To prepare for IRONMAN Boulder, I’ve dedicated the first part of 2017 to MAF training. So far, so good! I’ve kept to my MAF rate of 149-139 for the majority of my training. I’ve been eating good and have even lost nearly 10 pounds, getting me closer to my race weight. So thing are going well and I wanted to keep up with the positive trend, but my sister asked me to run a half marathon with her. The timing was good, because I needed to get in a long run that weekend, but instead of racing I decided to run it at MAF and just make it a training day.

It was Super Half and Gamed Day 5k in Colorado Springs. A half marathon with great views of Pikes Peak. Also on Super Bowl Sunday.

Unlike most races, this one started and ended in two different locations. While not far apart it wasn’t the easiest to navigate before the race. The race didn’t start till 10am which was nice. And the weather was great, a little on the cool side, but perfect once you got moving.

I set my Garmin’s alert to let me know once I was about to go above my MAF pace. This was nice because I could hear every time I was pushing it a little too hard. This way I could focus on just running and not having to look at my watch all the time.

The race was rather uneventful as everything went smoothly at MAF. I just put one foot in front of the other. 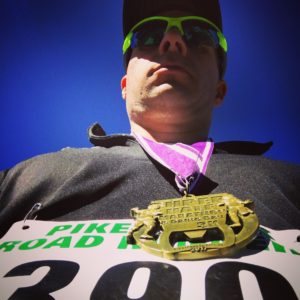 My sister, had took off at the beginning of the race and I knew that she was ahead of me somewhere out there. Once we hit the turn around point we ran by each other. She wasn’t too happy about it, but I was still behind. Although not by much.

At mile 9 I slowly approached her. I got up next to her and ran by her side as to annoy her. She looked over and wasn’t amused. I tried to run with her for a while, but my heart rate was dropping out of MAF. So I kept my pace and moved forward.

What I found interesting about this, is I was running at an easy pace, my MAF pace. And I was able to pass my sister who was running for a PR. And I think she got it too. Now, I’ve been running longer than her, and she has had three kids, so I’m not comparing apples to apples, but it really shows how effective MAF training is.

While my MAF pace is still rather slow, I can see how it is continuing to improve. Eventually, I’ll be able to run at my race pace with the economy of an easy run, this is amazing. Not only do I feel good after MAF runs, it means I can go longer at faster paces. I’m really impressed with it so far and I’ll continue to train this way in the future. I do think there is something to be said for intensity, but it’s most effective close to competition. The strong base that MAF builds is effective whenever you want to start competing and you don’t have to worry about injury.

'Half Marathon at MAF: What I Learned' have no comments