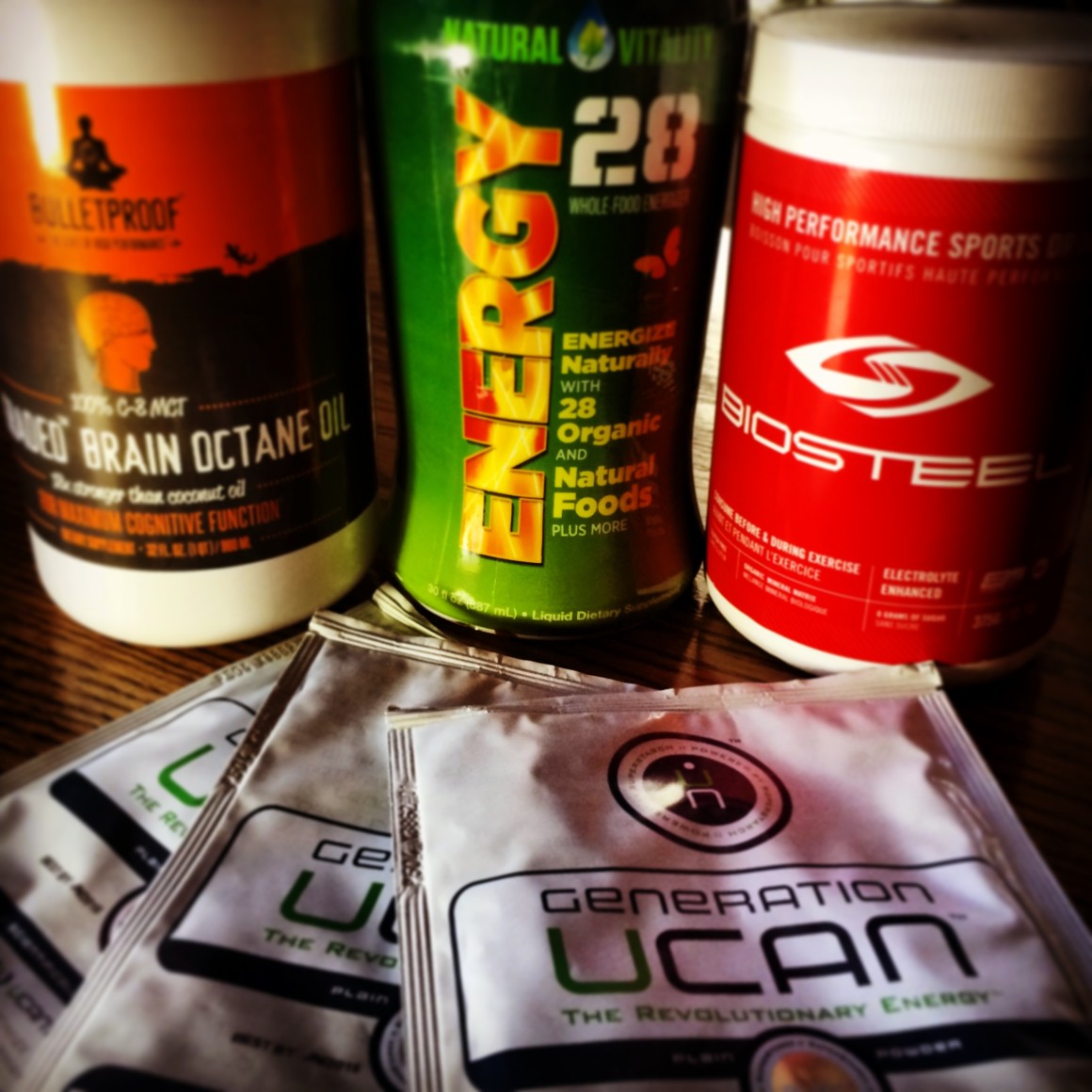 Terms like “carb up” or “carb loading” run rampant in cycling circles. Traditionally carbs were the preferred fuel source for cyclists. Today, however, more and more studies are discovering that carbohydrates are detrimental for overall heath and brain degradation. The exciting news is that there is an alternative fuel cyclists can use to power their rides, Fat! Fat fueled bike nutrition to keep you pedaling for hours and hours.

People are scared for fat and for good reason. No one wants to be fat and the logic, fat makes you fat, seems to be reasonable. The human body doesn’t work that way though. The reality is that carbohydrates make us fat. To be slightly more accurate, hormones make us fat. Adipose tissue (fat) is created when we eat carbohydrates, these spike our insulin and we store the energy as fat. It’s an over simplification, but in a nutshell that’s how we get fat. Carbohydrates are rarely found in nature and modern agriculture has made it extremely easy for humans to consumer execs carbohydrates.

The majority of cycling events are endurance events. This means that cyclists are ridding for several hours at a time. During these long rides they often will run out of available fuel. The body can only store so much glycogen (carbs), but we have a significantly larger store of fat.

A well-nourished adult can store approximately 500 grams or 2000 kcal of carbohydrates. Of this, approximately 400 grams are stored as muscle glycogen, 90-110 grams as liver glycogen, and 25 grams circulate in the blood as glucose. When the body needs more glucose than is available in bloodstream to support energy demands, glycogen stores are used to raise blood glucose levels. However, it is important to note that the glycogen stored in muscle is used directly by that muscle during exercise, it cannot borrow glycogen from other resting muscles.

The human body basically has two modes when using fuel, fat burning and carb burning. Since we only have a limited number of carbs stores, it seems to make sense that we would want to use fat as our primary fuel source. But why then have carbs always been used? The simple answer is that most of us are used to eating a high carb low fat diet and our bodies have adapted to using carbs for fuel. However, the body can easily adapt to using fat a fuel.

Fat adapted cyclists find many advantages over carb based ridders. Overall health is improved, including a stronger immune system. We hold a lot more fat on our bodies, so there is more than enough energy stored to support even the most grueling rides. Fat also burn at a slow and steady rate, unlike the spike and crashes that carbs provide.

So how do you become fat adapted? The fist thing to understand is that it’s going to take time and dedication. You need to transform what you eat and stick to it. The formula is simple, start by reducing your carb intake. Everyone is a little different so, you have to go with what works for you. The magic number seems to be under 50g of carbs per day. Stick with that for several months and increase your fat intake to about 60-75% of total calories and you’ll train your body to use fat for it’s primary fuel.

Fat adapted cyclists will still use carbs for fuel, so it’s important to not to deprave yourself of too many carbs. And you still need to get a health serving of vegetables. Once fat adapted, athletes can costume more carbs as they will be going though them quickly. Consider a daily ceiling of no more that 150g and make sure fat intake remains high. Also be aware that too much protein can get converted into carbs. A good rule of thumb is 0.7g per pound of body weight.

So what’s the best way to fuel during a ride? I have a formula I’ve been using for about a year and I swear by it. It’s a combination of a few things that keeps me going for hours on the bike. 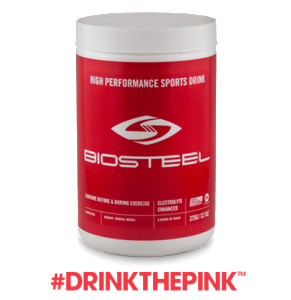 The first you ingredient is something called Biosteel High Performance Sports Drink.

BioSteel Sports ™ HPSD uses a precise ratio of amino acids, electrolytes, organic minerals and B vitamins to fuel your body and fight exhaustion – helping you reach peak performance in any sport or physical activity.

Amino Acids
Amino Acids are protein in its simplest form. They are quickly absorbed into your body, providing sustained energy, mental clarity and quicker recovery when you need it most.

Vitamin B Blend
The B vitamins are a group of water-soluble vitamins that play important roles in cell metabolism, which help:
Support and increase the rate of metabolism
Maintain healthy skin and muscle tone
Enhance immune and nervous system function 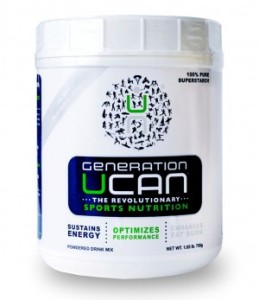 Next I mix in Generation UCAN SuperStarch, which ironically is a carbohydrate. What makes this product unique is it was modified to allow the body to continue to use fat as a fuel.

To add some fat to the mix I use MCT Oil, or an advanced version called Upgraded™ Brain Octane Oil.

Upgraded Brain Octane may provide the following benefits:
Fast Energy For the Brain – Brain Octane converts into energy faster than other fats or oils
Fuels a Starved Brain – Brain Octane delivers much needed ketones to fuel a starved brain that can no longer efficiently metabolize glucose for energy
Rebalancing of Yeast in Gut – Brings candida into balance, preventing it from introducing 120+ known toxins into your bloodstream
Does NOT Increase Cholesterol – Metabolized differently than other types of fat
Make Meals Bulletproof – Flavorless and easy to add into diet. Mix into any smoothie, soup, sushi, coffee or most recipes, for more intense mental activity
Easy Storage – No refrigeration required and liquid at room temperature
Replaces More Expensive Versions– Upgraded Brain Octane is only 25% the cost of weaker medium-chain triglyceride capsules 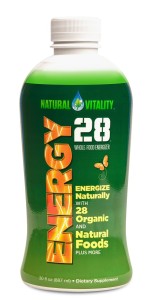 Then Energy28 gets mixed in. Energy begins with a balanced diet, with the body assimilating life-giving nutrients from the soil, processed into edible forms by plants. Because our diets are generally lacking in high-quality nutrition, we often turn to sugar and caffeine for quick energy at the expense of the health and sustained energy we could obtain from true nutrients. When the body is well nourished, a person is less likely to be depressed and more likely to have adequate energy levels. Energy28 was created to deliver supplemental natural energy from whole-food and natural sources.

Golden Chlorella Omega
Golden Chlorella is a key ingredient in Energy28. It is a unique nutrient-dense, ultra-pure, mild-tasting microalgae that provides naturally occurring amino acids, vitamins and minerals. It is a complete functional food containing 50 percent heart-healthy omega 3, 6 and 9 oils by weight and 20 percent dietary fiber. It is non-GMO and is grown sustainably and locally in the USA without pesticides or herbicides.

Organic Maca
Peruvian maca is a root vegetable, shaped like a radish, that grows high in the harsh climate of the Andes Mountains in South America at elevations up to 15,000 feet. Native Peruvians have used maca for more than two millennia. A high-energy food, maca is rich in nutritional content, including amino acids and natural vitamins as well as calcium, magnesium, potassium and other minerals. We use organic maca in Energy28.

Bioenergy Ribose
D-ribose (ribose) is used by all the body’s cells and is essential in energy metabolism. Our bodies make it innately, but our cells lack the ability to produce it fast enough or in sufficient quantity to effectively offset the loss of energy from our cells. That is why supplementing the body’s natural processes with ribose can be so beneficial.

Energy28 Supplement FactsBioenergy Ribose, the premium d-ribose we use in Energy28, is a patented supplement that is clinically proven, naturally certified and has FDA GRAS (generally recognized as safe) approval.

Rhodiola
Rhodiola rosea (also known as Arctic root or golden root) has been a popular plant in traditional medical systems in Russia and Scandinavian countries for centuries, with a reputation for stimulating the nervous system, enhancing work performance and eliminating fatigue.

Multiple Uses
Energy28 packet boxEach packet of Energy28 supplies 1,525 mg of nutrient-rich whole food plus d-ribose and Rhodiola for energy support. It can be used every day, at work, for sports applications and anytime you need an energy boost. Sip it right from the pack or add it to a water bottle. We demand a lot from our bodies. Give yours the nutrient support it needs and feel the difference.

Mix it all Together

Mix all of these things together in a water bottle and you’ve got what I call jet fuel. This stuff will keep you going for hours at at time. I recommend the following amounts per 2 hours of cycling.

The SuperStarch doesn’t mix very well, but if you give your bottle a good shake before taking a swig you’ll mix it up enough. I start sipping on this before I start ridding and during the ride to ensure I’m properly fueled. You can really feel this stuff working.