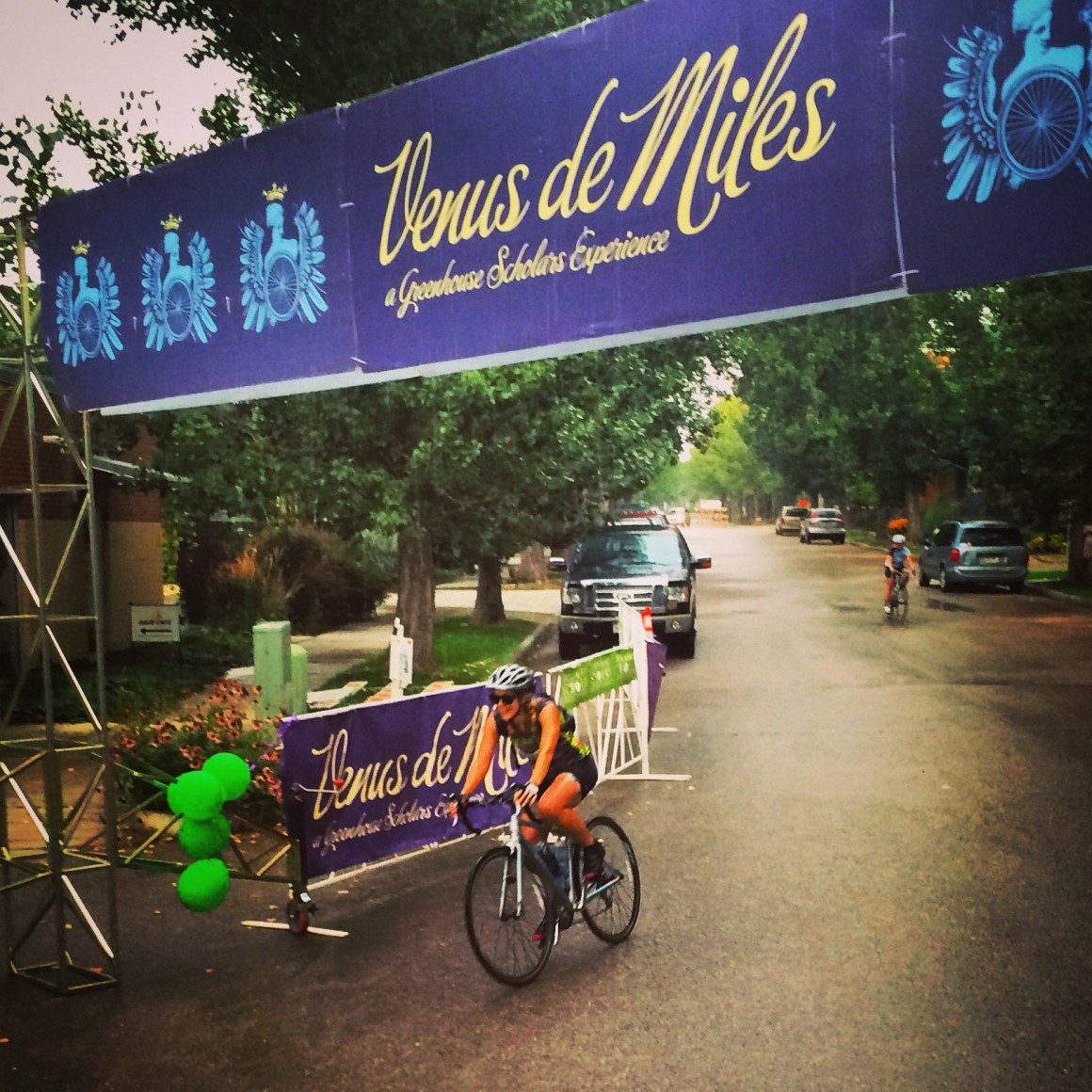 This past weekend I participated in an all-women’s century ride and here are some essentials for an enjoyable ride: 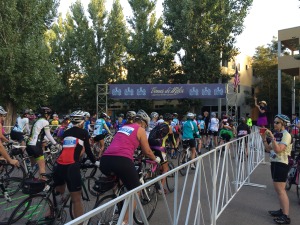 1. Padded shorts and chamois cream
Before I became really serious about cycling, I wore regular gym clothes on my bike rides. As the miles grew longer, the chafing grew stronger. My friend suggested — no, demanded — I buy padded shorts. He said, “they’ll really save your rear.” I’m cheap when it comes to paying for most things, but saving my rear wasn’t something to skimp on. I bought some padded shorts from Sports Authority and they sufficed for a while. Soon enough, I needed stronger, thicker shorts. I bought a $70 pair from Amazon and it felt like a tiny pillow was nestled between my legs. Then I was instructed to buy some chamois cream. I didn’t think it actually helped, and sometimes, I still question it. But let’s be honest: after biking 100 or so miles, is really anything going to make it less sore?

2. Music
Now, I know most organized rides do not allow headphones and I understand why: you need to be able to hear if someone’s passing you, whether that be a car, motorcycle, fellow cyclist, or perhaps a dog chasing you. It’s always best to be on the watch for any and all sketch situations. With that being said, I need my music. I need my music like I need my water on a bike ride. I never have both ear buds in at once, though. I always leave my good ear, my left ear, open. I never have my music so loud as to be so distracting, I miss someone coming up on my left. Without my music, I’m left with my thoughts and it’s nice to quiet them for 100 miles.

3. Jersey
“I’ve got the whole world in my jersey.”
I used to make fun of my cycling friend, Jared for all his jerseys…until I had one of my own. Those three little back pockets seem to hold the world. I still use my backpack to pack other essentials not provided during my usual unorganized rides, but having the pockets makes it easy to grab my phone, my iPod, my chapstick, my snacks, and damn near anything else I can fit in there. Plus, they are much more breathable than the typical cotton shirts I used to throw on with band names splayed across the front.

4. Starch drink
Because I’m not here to do a product review, I will keep this short and sweet. Again, I used to make fun of Jared for always drinking his “starch drink”…until he made me one. I felt like Wonder Woman the first time I had a cup. I immediately became addicted. This drink is densely packed with super-stuff to keep my legs working through those 100 miles. I doubled-up the dose this past weekend and just kept refilling the bottle until the finish line. 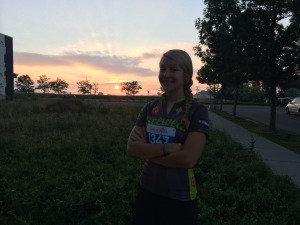 5. Sense of humor
Without a sense of humor, I think I would have given up cycling donkeys ago. So much BS happens to me on our rides that it would have been easy to quit. I was actually making really great time along the ride and around the 50-mile mark, I took my first break. I hung my bike along the rack and looked for a toilet. When I came back and hopped on the saddle, my gears were all jacked up. I had a feeling someone knocked my bike over and were too cowardly to tell me. I started riding and thought if I pushed my derailleur around, it’d silence my grinding gears. No such luck. I rode to the next rest stop and explained to the guy what was going on. I told him I would have fixed it myself, but I didn’t have any tools on me. He didn’t really need to know I had no idea what the hell was wrong with the gears, just that they weren’t working correctly. It definitely helped that the organized ride had men in drag. They definitely put a smile on my face after the frustrating gear shenanigans.

6. Clip shoes
My first century I used regular ol’ tennis shoes. I had several men (no women, just men) pass me stating I needed to invest in some clip shoes. I told them that I obviously didn’t need them that bad if I was keeping up with most of the group. Now, I can’t tell you if it’s really buying clip shoes or all the training I’ve done, but I have become a stronger and more efficient rider since buying the shoes.

7. Manners
Manners go a long way, especially when everyone’s tired and frustrated and exhausted. Many a times over the ride I passed people and every time I said, “On your left.” Some women thanked me, others just kept on pedaling. There were times that women passed me without saying a word and other times when they passed and told me to “hop on.” Regardless, manners will always take you further than being rude.

8. Sense of adventure
It’d be hard to participate in a century ride if I didn’t have a sense of adventure. I mean, you can only rely on arrows so much, and some of the time, there weren’t any and I kind of guessed where I was supposed to go. Someone like me, who must have a plan, would normally freak out, but I have learned to go with the road.

'Essentials for a Century' have no comments