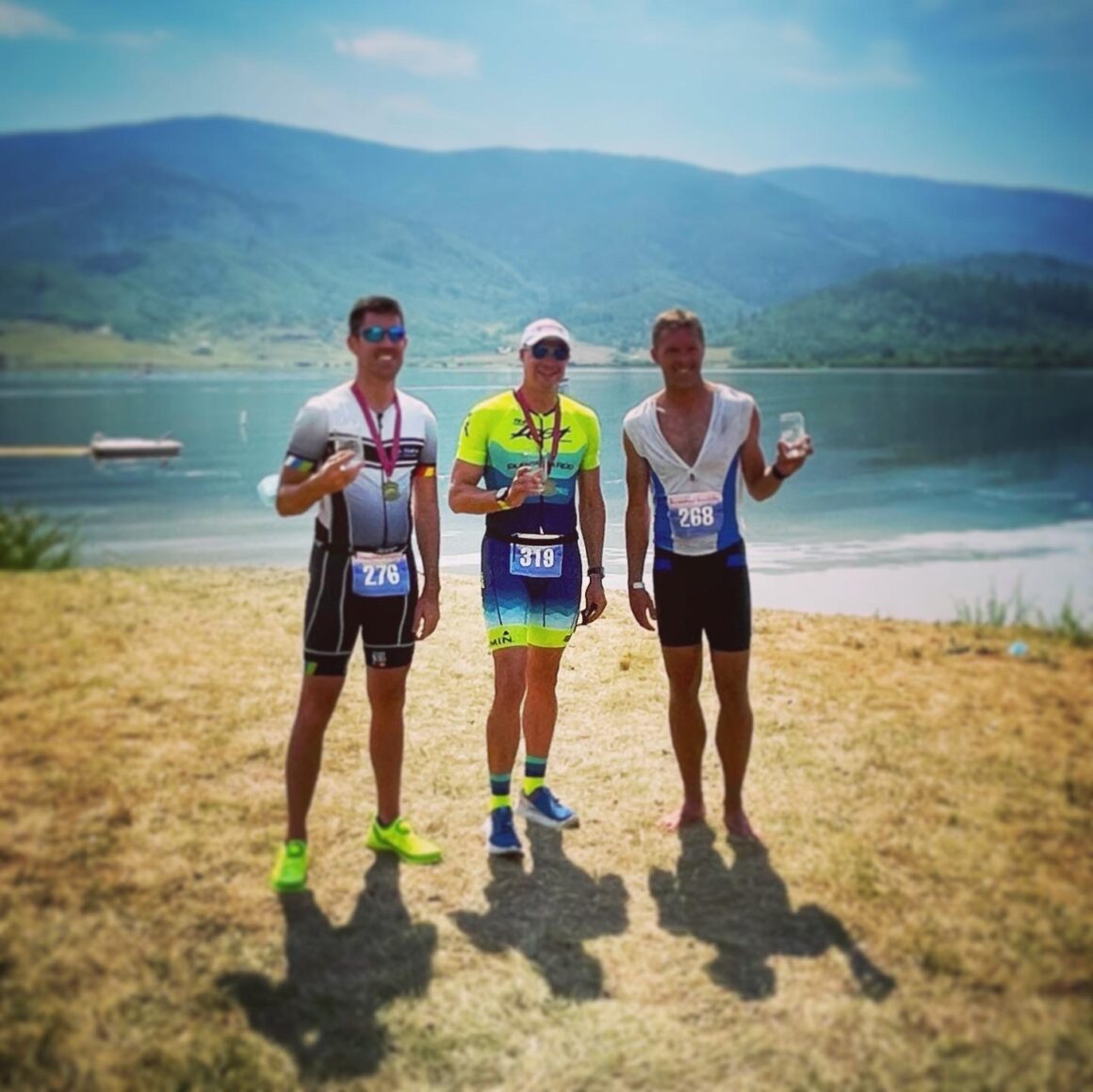 Steamboat, Colorado is one of those quintessential mountain towns. I have memories spending summers there as a child and have been lucky to have the opportunity to spend a lot of time there as an adult. When I first heard about the Steamboat Lake Triathlon way back in 2016 I knew I had to do it. I loved that race and wanted to come back. Unfortunately, it’s not put on ever year. This year, because of COVID, I had originally singed up to do the Colorado Tri series which included the Peak Triathlon in Boulder. But we were on vacation in Hawaii so I swapped it out for another olympic distance. I had wanted to do the Steamboat Lake triathlon, but the Steamboat Triathlon date worked out much better. And it was new to me.

The Steamboat Triathlon takes place at Late Catamount which sits in the Vally just below Rabbit Ears Pass.

The swim was interesting to say the least. The lake, while beautiful was filled with aquatic plant life. We got to go in the warm up, and it was quite disgusting. First the bank was steep and muddy, but the the seaweed was thick and everywhere. I only did a quick warmup and I didn’t want to spend to much time in the water.

Once the race was off, they layout of the swim was a little different. It was really just and out and back. This configuration put you a little too close to oncoming swimmers. The visibility wasn’t great I a felt that I didn’t have a great swim overall.

T1 felt very smooth. I struggled a little to get my socks on, but I feel I didn’t loose much time.

As soon and I got onto the bike I noticed a guy in my age group. I was right behind him. Once we got going I made a pass and thought that was that. But minutes later he moved up and passed me. At this point I knew it was going to be a race. I wasn’t in the position to pass him again so I just kept him in my sights. While he was not close I could always see him from a distance.

One of the cool things about the bike course was that it was on many of the road that I have ridden before. Some on Ride the Rockies back in 2014! The course was fast with some nice rollers. We raced towards the town of Steamboat, but turned around just short of town.

About three fourths of the way through the course I saw the guy from my age group growing closer and closer. I finally passed him. I knew at this point the race was close, but I had to be at the front. The last stretch of the course was an out and back section. I started counting the cyclist in front of me. There were only six or seven guy out there. I was really excited at this point. Unfortunately, they were minutes ahead. But as I looked back I had made lots of time up on the guy I passed.

The final stretch of the course was downhill and it was fast. I eventually caught two more cyclists and we made our way towards transition. Here we merged with the sprint racers. T2 was fast, but I wanted to wear my HOKA ONE ONE Carbon X shoes and I feel they give me a little extra speed. They are just so hard to get on. I really struggled, but I only had a 1 minutes transition so that was good.

I was off on the run. The run was an out and back along the road beside the lake. It was absolutely beautiful. I thought to myself, if I can keep a good pace I can probably hold off everyone and secure my place at the top. As I made my way towards the 5k turnaround, which I would go past to the 10k turnaround, I realized I would be able to see who was in front of me as they headed back.

It was lonely out there for a few miles. I saw no one in front and no one behind me. Eventually I saw a guy coming back. I started counting them. One, then two, and sometime later three. Then I hit the 10k turnaround. I was in 4th from what I could tell. But then as I made my way back this young kid was flying. I could tell his pace was fast and he would eventually catch me. It took him a couple miles but he finally did. But 5th place I thought to myself, how crazy is that.

I held strong and finished my run back to the finish line. This was a great race and I was feeling good.

'The Steamboat Triathlon 2021 Race Report' has no comments