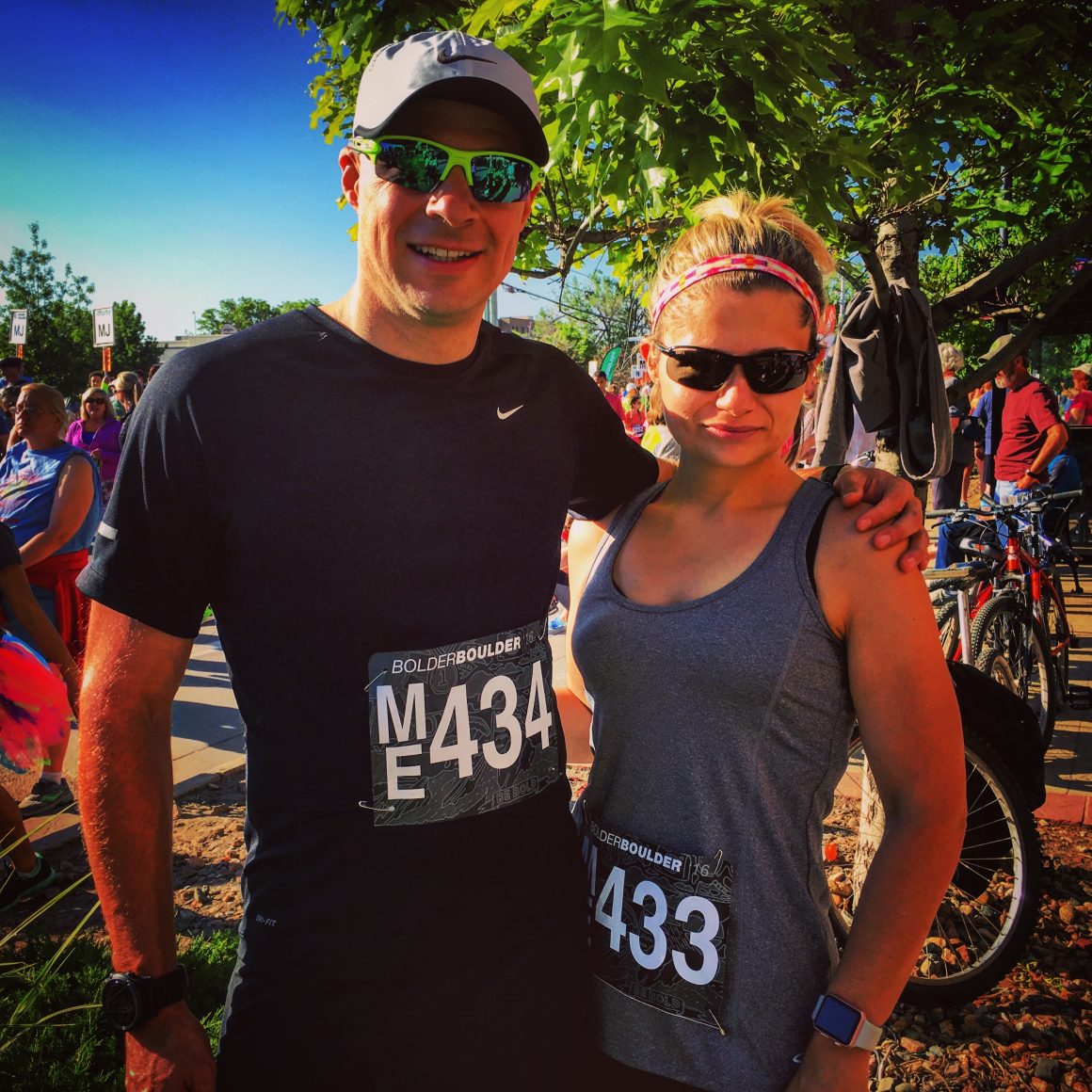 The BolderBoulder is one of those iconic races that just about everyone has heard of. As a mater of fact I’ve even worked on a commercial for the BolderBoulder in the past. But to be honest I didn’t really know much about it. I was surprised to find out it was only a 10k. Never the less I was looking forward to running it, and experiencing it first hand.

My sister is the one that wanted to sign up. I didn’t have any objection. It’s a rather inexpensive race and you get some good swag too! Even a selection of T-shirts, or a combination of three types if you so desire. You get a calendar which is kind of a cool addition. After the race, a free snack pack with all sorts of goodies and a post race recovery beer from Oskar Blues! Totally worth it. 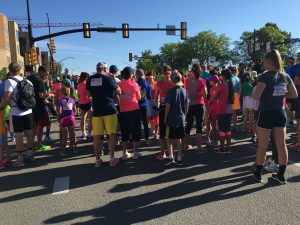 10k is an interesting distance. I’ve never run a 10k race before. The closest I’ve come is the Olympic triathlon I did in April. As always I wanted to get a PR, and was hoping for a time of about 46 minutes. Since the BolderBoulder is a gigantic race there are many waves. Several of which you have to qualify for. My sister was a little hung up on what wave to pick so we signed up for the jogging wave. This was a big mistake.

With some 50,000 runners and who knows how many spectators, I knew race morning would be crazy. My sister bought a parking pass, probably one of the smartest things she could have done. We were able to park in an under ground garage that was very close to the finish. We had to walk a ways to the start, but it was a great way to warm up. Along the way we were able to see the first waves finish. Man they were fast.

When we got to the start there were big signs for each wave. My sister and I got in ME where we were assigned. We decided it was best to go towards the front. Slowly we moved up towards the start line. They were very good about sending each wave off on time. Finally it was our turn, they counted down and a starting gun sounded, I was off. Immediately I caught my thumb in my headphone wire and yanked them out of my phone. I guess I wouldn’t be running with music this race, but it was all good. 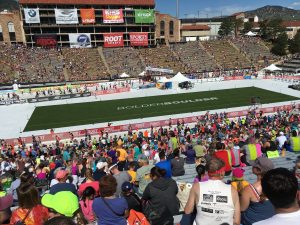 I quickly caught up to the previous wave and had to start navigating though them. This was how much of the run went. It was a party! I swear everyone in Boulder was out cheering us on or spraying us with their hose. There were games along the way, even a slip ‘n slide. It was quite the event. This was not the ideal situation to get a PR. I realize now this is why they have qualifying waves. There you can get your time.

The route, while it was nothing special was very well supported. Both mile and kilometer signs were present and there was no confusion about where the course was. The last section of the race took you into Folsom Field where you ran around the track and then finished. There was a hill getting into the stadium and everyone seemed to clump together. Once I saw a break on the outside, I took it and sprinted with all my might to the finish. There was another guy along side me. I put it all out until the last couple feet when this other guy passed me. I slowed down only because everyone seemed to have stopped at the finish.

50:35, not a bad time considering all of the people I had to dodge. Next year I will know what to expect and I think I can improve significantly.

'Race Report BolderBoulder 2016' have no comments