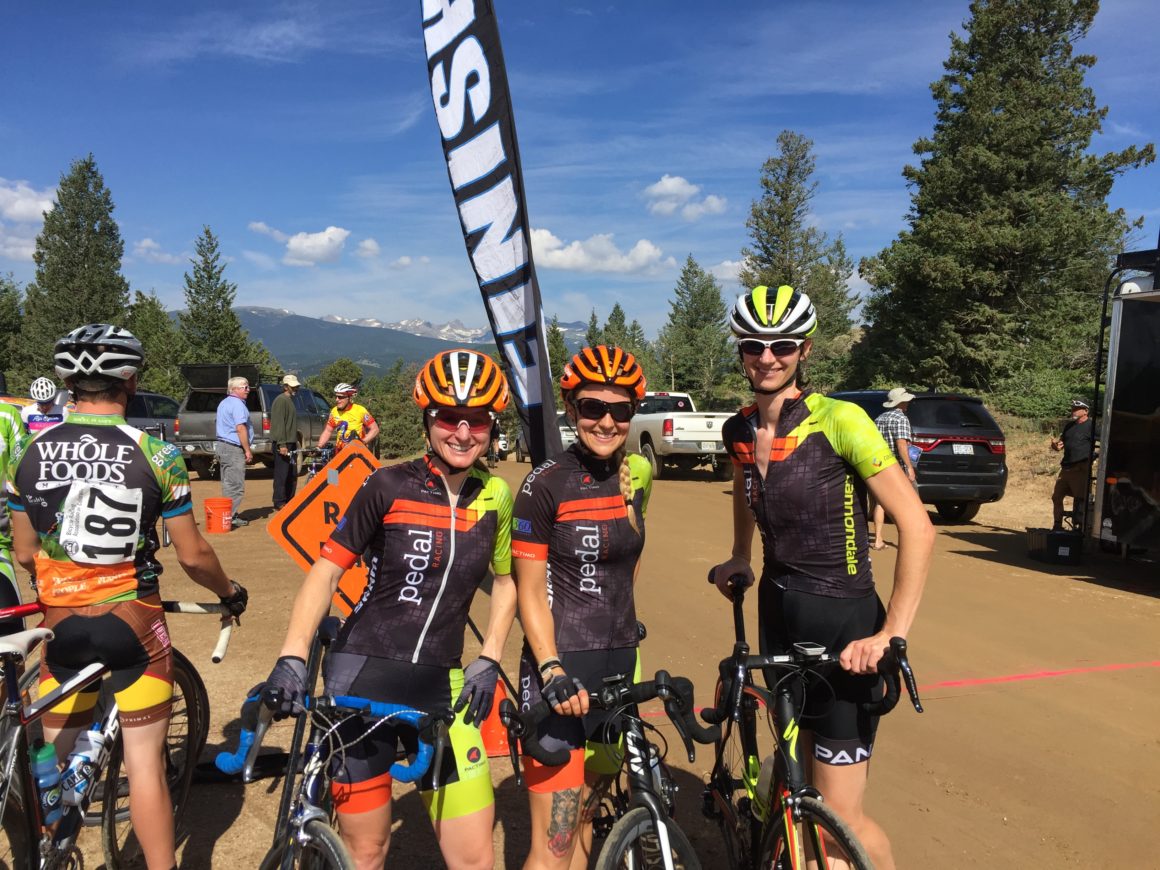 It had been a month since the previous race due to being side-lined from the saddle sore and I chose a Hill Climb with three miles of dirt.

This was my first Hill Climb and I had no idea what to expect. I had no plans other than to keep it steady and stay in front of the pack. Always easier said than done.

The same, stoned-face man blew the whistle  and we were off. I stuck in the front of the pack and once the grade inclined, women started dropping off. I held on to the wheel of the Master Woman 50+ ahead of me for dear life.

Inches grew into feet and she slipped away. I didn’t care as much because she was in a different category. I let her go and kept the steady pace. Then a chick from the Primal Audi team passed me. She was in my category so I couldn’t let her slip. I also told her, “good job,” as she cycled passed me.

My legs weren’t in it.

My teammate, Stacey, caught up as well and we tried to catch up to the Primal Audi racer, but i eventually lost both of them. Stacey continued to push up the steep climbs and through the dirt.

I struggled through the loose, clumpy dirt and had absolutely no idea where the end was.

That’s why you preview race courses: so you’ll know what you’re about to get into. The mental aspect behind that preparation will make you go faster. For real. Because you’ll know how hard you need to push and for how long. This going blindly into races never benefitted me. It only made me anxious before and during the race.

If I previewed the course, my dirt-riding game would have been stronger. I mean, I wasn’t that bad because I came in third.

Descending was a whole other beast. Mind you, I’m not a mountain biker, I’m not a cyclocrosser, so descending dirt was mentally worse than ascending. My brakes squeaked and squealed.

Chris was waiting for me at the bottom. We had to drive to downtown Boulder for the trophies. Primal Audi First. Stacey Second. Me Third.

After not racing for a month, I came back feeling pretty good although the Sunshine Hill Climb was a bastard. 9 miles total. 3 miles dirt. I’m glad I took up mountain biking because I felt more comfortable on dirt, but dang. I’m realizing I need to get comfortable with being uncomfortable. I pushed it hard but I know I backed off when I felt like I was going to puke. Otherwise, I tried embodying @chrisfroome and just kept pedaling.