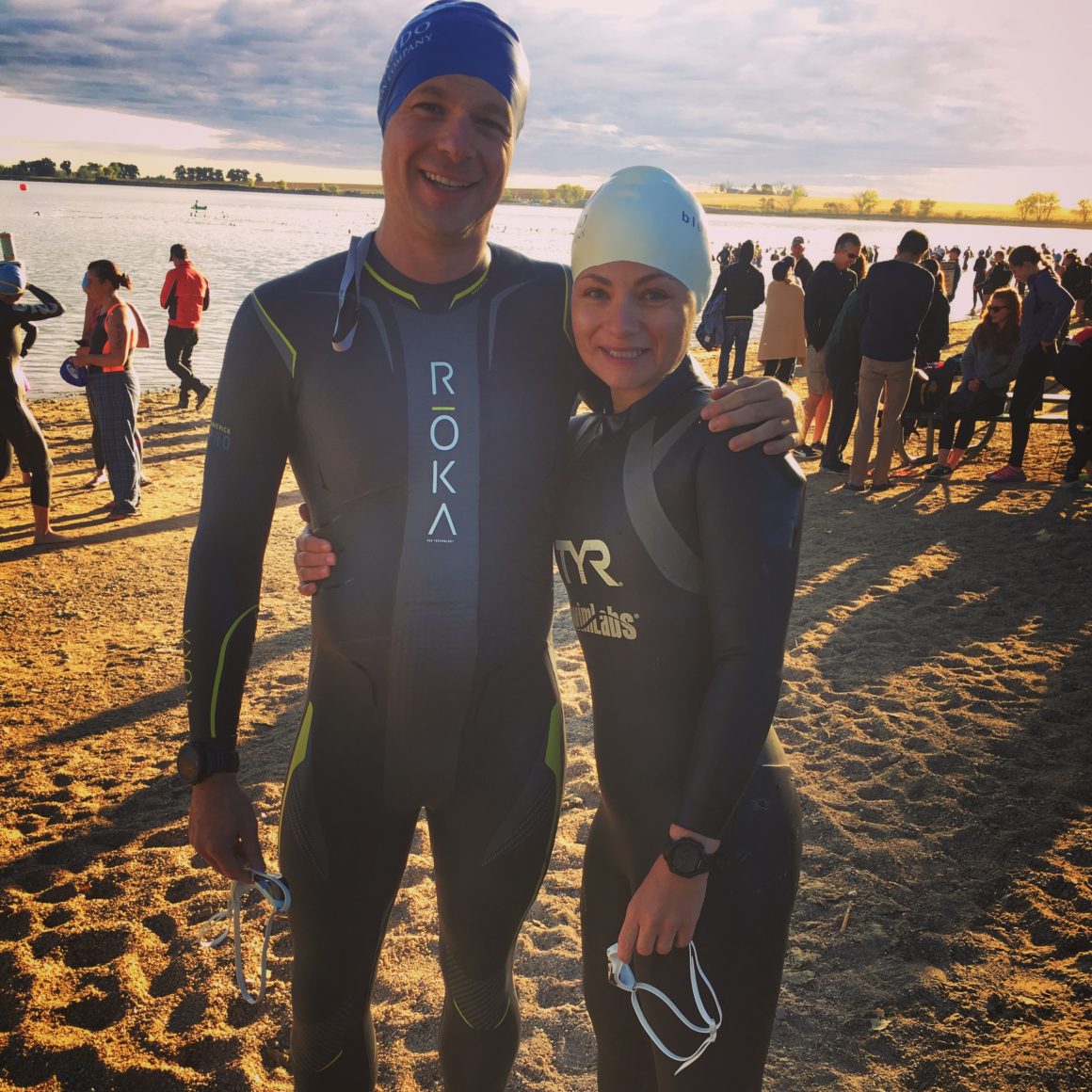 This was the second year I raced the Oktoberfest Triathlon. It was also the last race for the 2016 season. I had not originally planed on participating in this event, but my sister wanted to do her first triathlon so I told her I would do it with her.

After finishing the 106° West Triathlon only two weeks before I wasn’t expecting much from this race. The Oktoberfest Triathlon is also a spring, which isn’t my strong suite. I find that I do better at the longer distances.

We arrived at Union Reservoir as the sun was rising. It’s a great view with all the colors reflecting in the lake. 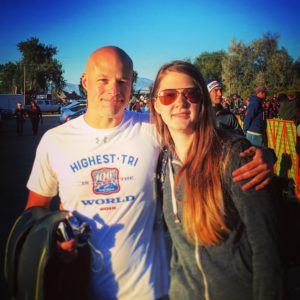 My sister had gotten there before me so I found her in transition as she was holding a spot next to her. We set everything up and got body marked. It was a little be chilly out so I was okay putting on my wetsuit a little early. It was nice that Lauren was there so she could hang on to some of my stuff.

We walked down to the water as my sister and I wanted to warm up a little before the race. I think she was a little shocked by the quality of the water. Not that the reservoir was gross, but it’s not like pool water. We got in a few minute warm up and then waited for our waves to go off. My sister was in the first time wave which went last.

As my wave lined up everyone pushed for the front which kind of surprised me. I was happy to hang in the back. We counted down and then I was off. The swim was rather crowded but it was nice as it was away from the sun, so I didn’t have to worry about glare.

I didn’t swim very fast but got it done and ran out of the water to transition. I ran in and couldn’t find my bike. At first I thought maybe someone took it or moved it. Then I ran back towards the front. There it was. I guess I hadn’t remembered it was that close to the front. I looked up and Lauren waved at me. It was embarrassing cause clearly she saw me miss it. 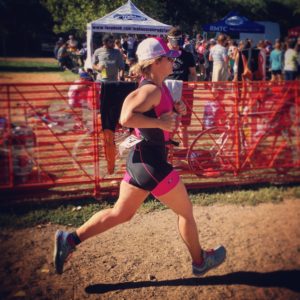 It was not a very fast transition, but I got everything ready and headed out for the bike. The bike course was rather crowded too, I was constantly passing people. Unfortunately a few guys blew by me too. I was able to take one of them later on. Over all the bike went very well and I was happy with my speed.

As I headed for T2, I had no idea what my time was. I knew there was a group of us coming off the bike that I assumed were in my age group. I started the run and was feeling good. I had forgot to turn the heart rate alert off on my Garmin though. So I got an annoying beep every so often.

I wasn’t paying much attention to my speed on the run, mostly just going as fast as I could. I could hear people coming up behind me which is always stressful. A few passed me which was okay. I felt good when I hit the turn around point. Very happy I was halfway done. I saw a guy pass my in my age group and I wasn’t going to let that happen so I over took him.

I was getting close to the finishing and I could hear some people behind me. I didn’t have much more to give but I didn’t want to loose a place, so I broke out into an all out sprint. It was a great way to end the race.

I stopped my watch and looked down. I wasn’t very happy with my time 1:18, not much faster than the 1:22 I did last year. But I felt it was a good race and a solid effort.

I went over to give Lauren a hug and we hung around to watch my sister finish. She really impressed me with her time and looked really strong as she crossed the finish line. I’m pretty sure this will not be her last triathlon.