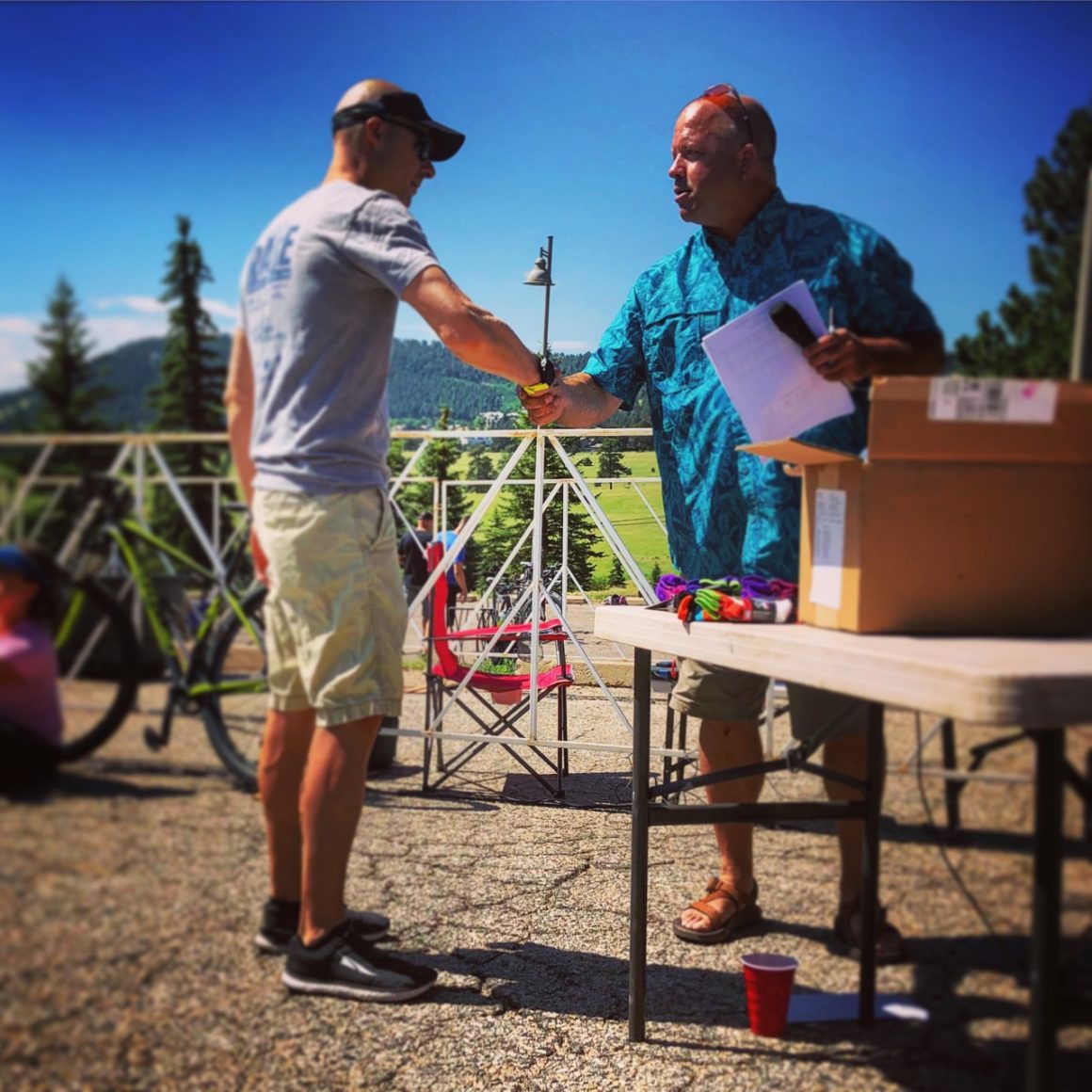 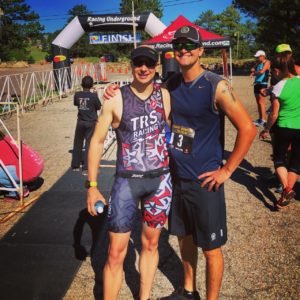 I’ve not had the best luck with sprint triathlons. So I was not sure what to what to expect at the Lookout Mountain Triathlon. This race was unique as it’s a pool swim for only 525 yards. My friend Adam, that I’ve know since junior high, had done this race in the past and encouraged me to race too. I thought it would be fun to race with a friend so I signed up.

Looking at the past years times, I realized I had a chance to be competitive in the race. I was excited by this but really not sure what to expect as much of the course isn’t open to preview. I’ve had the opportunity to ride on parts of the bike course, so I was expecting a pretty fast ride.

I got to Mount Vernon Canyon Club early. The swim started in waves and I was in the 5th heat which started an hour after the first heat. But my buddy was in the first heat so I wanted to see him before he started.

Transition was open and easy to set up. I got sorted and walked up to the pool area. The setup was pretty easy, 4 people to a lane based on their speed. I saw my buddy start and run though transition and get on the bike. After that I got myself ready and headed up to the pool.

I waited around for quite a while. I talked to a couple people including one guy that I knew was a big competitor. He aged up this year so he wasn’t in my age group. We talked about swimming the same speed. I ended up in another lane though, which probably wasn’t the best fit.

I was confident I would swim about a 8:35 for the 525 yards. One of the guys said that he saw this in 7 some minutes last year. Afraid that I would never bee that fast I had him go first in the lane, with me following in second place. There was another guy that was in the 9 minutes that would go last.

Once we got in the pool and started I immediately knew that I was going to have to pass the first guy. It was difficult but I got it done. And then before long I had to pass the last guy too. The swim wasn’t pretty, but I kept my pace and got it done. As I climbed out of the pool I looked at my time and saw 8:36, I was spot on.

There was a bit of a run down to transition on asphalt. It didn’t feel great on the feet and I struggled to get on my socks. Otherwise it was a smooth transition and I was off on the bike.

I worked it on the swim and the first section of the bike was a bit of a climb, my heart rate was up there. Then I got a nice break with speeds of up to 40 some miles per hour. But there was a lot more climbing on the second half of the course. A lot more than I expected. I pushed though and passed a lot of people on he course. Many of the shouted out telling me to get it. It felt good and I felt like I was killing it.

I was looking to complete the 10 miles in 30 minutes. Unfortunately, when I hit the entrance back into Mount Vernon Canyon Club it was right at the 30 minute mark. There was a big climb back up to transition, it was quite the grind. The dismount line was on a bit of a hill so getting out of the bike was not as easy as I expected, but I was able to do it without issue. I’ve learned that doing a flying dismount saves a ton of time in T2.

I had a great transition, got my shoes on and started running. I have to admit why legs were on fire! My buddy Adam was there cheering me on. Then the first part of the run were up hill. I was moving along a a good clip, but I knew that it was going to be a hard course and I just had to give it all I could. I remember feeling like I had been running forever when I looked at my watch and saw that I had only run .68 miles! But once I got past the first mile I was able to settle in to the run.

The second half of the course was much easier and the last section was downhill. I was able to make up a lot of time as I headed towards the finish line. I crossed the line and felt good about the race. I immediately went over and printed out a time receipt. It has said I was in the top 3 for the race. Unfortunately that didn’t not stick, but I did end up finishing 1st in my age group and 7th overall. 4th of all the men. This was my first, first place finish in a triathlon, so I was excited about the results. I had worked hard for this one and was happy with the outcome.