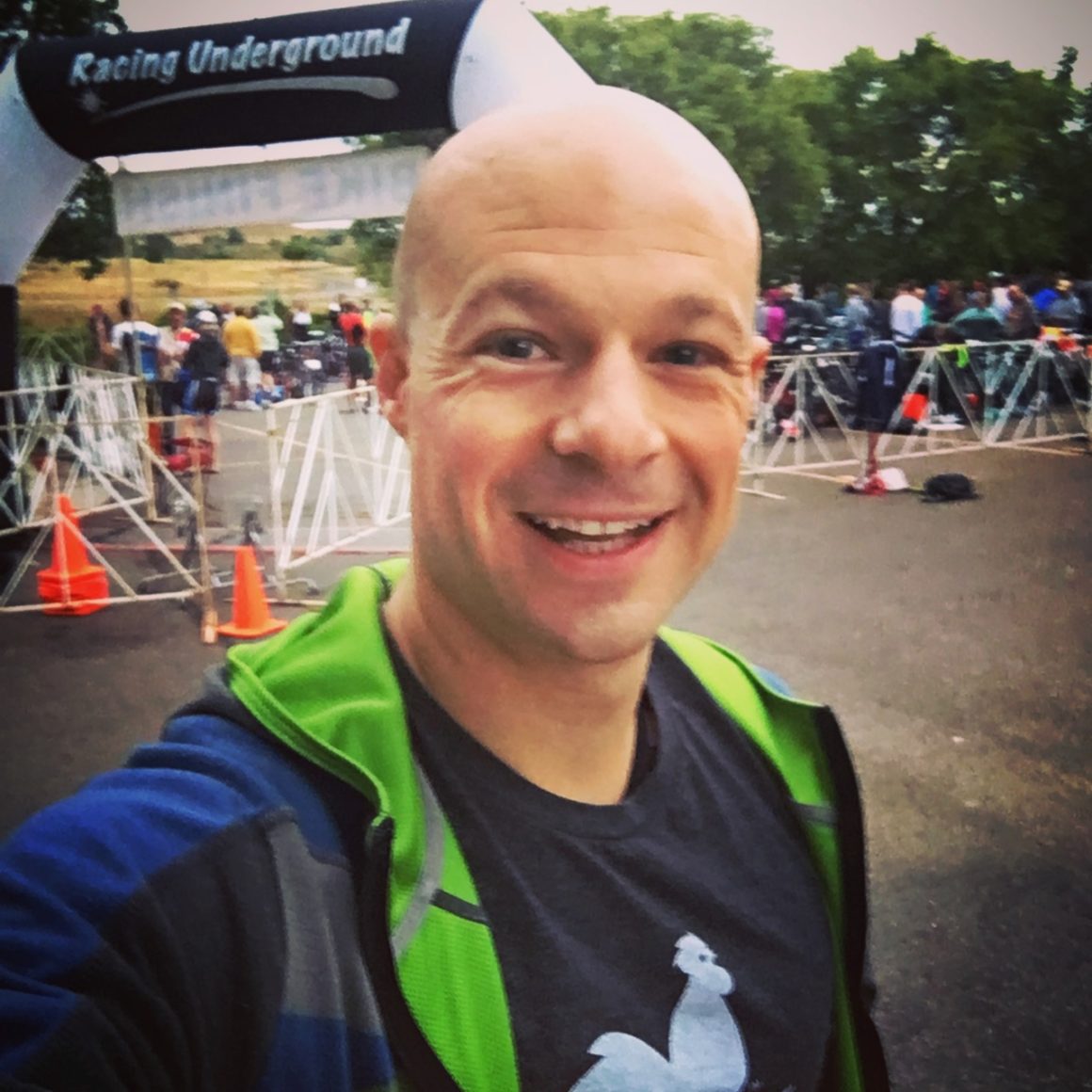 The Littlefoot Triathlon was supposed to be my fist triathlon about two years ago. It was close to home and on local training turf. But we changed our minds and made the Oktoberfest Triathlon our first. So this year I finally had the opportunity to give Littlefoot a try. Unfortunately, it was the worst race of the season.

The majority of my training is done at Bear Creek Park. It’s close to home and has some great climbs. There is almost no traffic and it’s a quiet get away. I was excited to race on my home turf.

This would be my first and 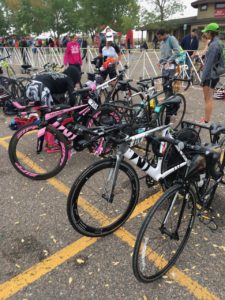 only sprint triathlon of the season. I never preform as well at the short distances and feel my advantage is in endurance.

I arrived early race morning before the sun was up. It was going to be a cool day, with a high near 70°. It was well below 50° in the morning. I was smart though and brought some warmer clothes that I wore as I set up. Transition was pretty full when I got there and I had to search a little to find a spot. I racked my bike and got ready to go.

Swim warm up opened about 3o minutes before the race start. I knew it would be cold, but figured I’d get a good warm up in. I’m glad I did. Getting into the lake wasn’t present, a little cold, but not bad. Although the shore was very muddy and rocky. After warming up I talked with a guy and then it was time to get ready to start.

It was an interesting swim. I didn’t feel crowded at all, very different from normal. I couldn’t really tell where I was position wise. I knew there were people ahead of me and behind me. Maybe I was somewhere in the middle. The swim did seem long though. And it did measure long, not sure if it was my swimming, although it looked strait on the GPS.

I got out of the water and headed towards the bike. I felt especially dizzy for some reason. After getting my wetsuit off I had to sit down to get my cycling shoes on. I decided to forgo socks for the short distance. This was a wise choice as it saved me some time. 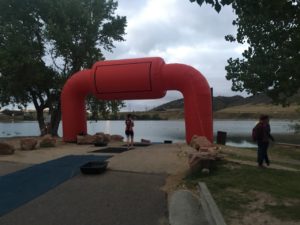 I grabbed my bike and headed for the bike start. I ran to the mount line and got on my bike. Something was wrong my wheels were not moving! I hopped off thinking that my breaks were knocked over and rubbing against the rim. But when I looked they were just fine. I got back on the bike to try to go gain, but same issue. Again I jumped off the bike to investigate. I checked my back wheel, but I couldn’t figure out what was causing it to not spin.

The frustration started to grow and grow, I threw my bike upside-down to take the back wheel off. Then a man came over to help me. I boosted the back brake caliper and adjusted the wheel. He told me my break caliper was open, but I didn’t want to risk it, I would just have to ride without the back breaks working well. The good news was I could go, the bad new was I had lost 5 minutes. I got back on the bike and pedaled my heart out.

The first section of the bike corse is fast and I knew it. Of course nothing can go as planed and in the middle of the fastest section there was a car! I had to pass it, crossing the center line which we are not supposed to do. But I’m not sure how else to handle a situation like that in a race. The are clearly in the way.

I kept going passing many people along the way. And I’m around to say no one passed me at all!

On the way back to transition there is a very tight turn, they really enforced going slowly there which is a good thing. I was actually worried about having to pass people on this corner. It all worked out well. 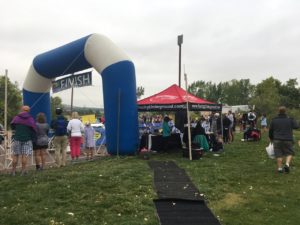 I darted back to transition and racked my bike. I got my running shoes on and headed out. I was feeling good. The first mile of the run always feels super long. But when I got my first mile split I was a little disappointed as it was in the mid seven minutes. I wanted to be going faster than that.

The run was an out an back and on the way back I got passed by a kid with perfect run form. They were 14 so I didn’t worry to much about it, but damn they were fast. Turns out it’s a girl that Jessica has raced against. Too funny.

I ran back to the finish line passing few people. I was feeling good and that I redeemed my bike mechanical a little. I crossed the line in an hour eleven minutes and change. I was wanting to get under an hour ten minutes, so at least I was close. I then realized maybe I still had a chance of placing. Unfortunately, I took fourth in my division. The five minutes lost on the bike really hurt my race, but I still performed and that’s what mattered. Although I might have to to race again next year to see what I can really do on that course.