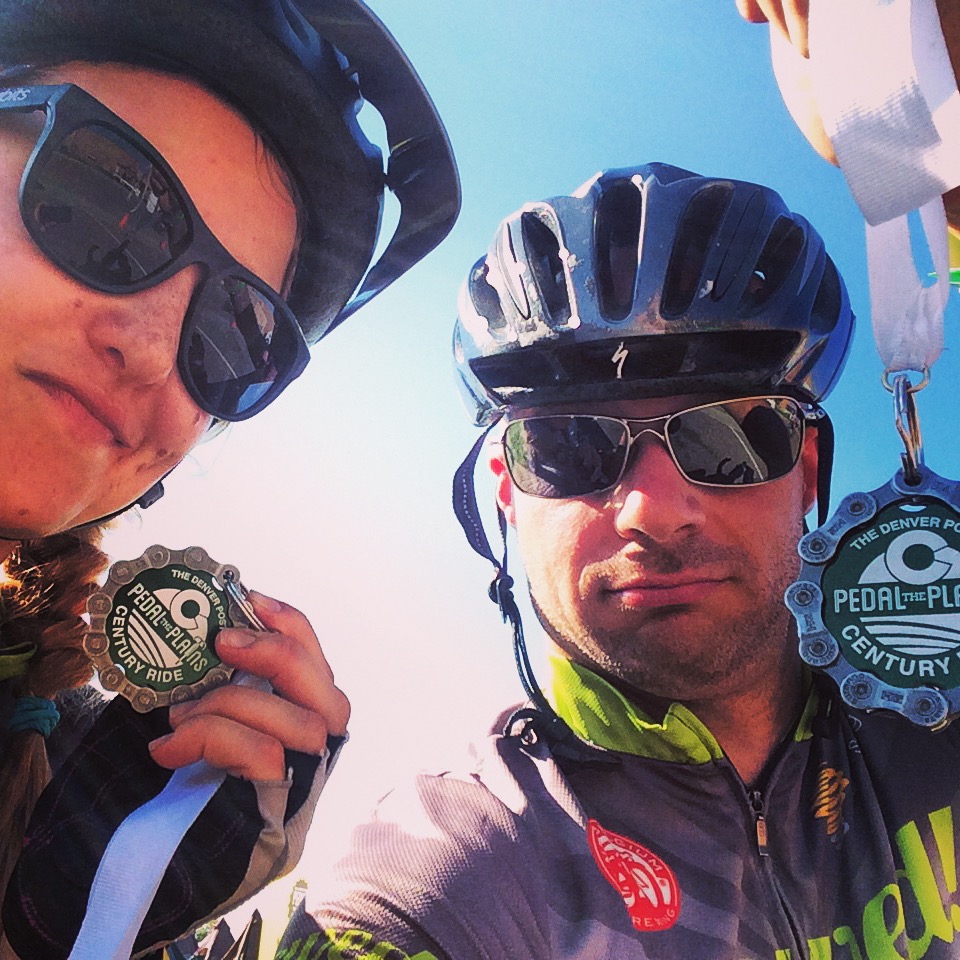 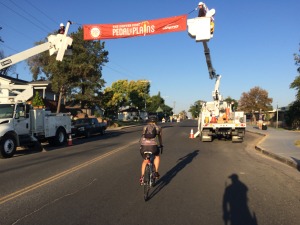 I think we can all agree that today’s wind blew, it was a real head wind. It started off as a beautiful morning. We also started 45 minutes later than we wanted.

I have quite a number of bug bites that have been driving me nuts. I’m sure the other campers sherpa and non can attest to the bug bites as well. Day 2/3. We can do it, people. 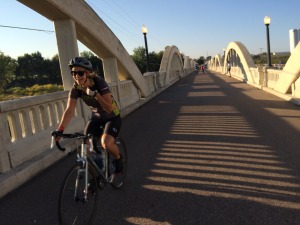 Jared said this was the famous bridge, welcoming us or bidding us farewell, from Fort Morgan. It takes a bit of skill to be able to photogra ph Muscles McWhirt while cycling. This was just the start of the ride, so we were still in high spirit at the beginning. 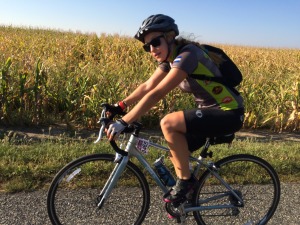 I wanted to do this chronological with the pictures and then I realized that all we really saw to our left and right was corn, so you have no idea if this was the start or end of the ride. I honestly d on’t remember where he took this, but by the look on my face, I’m thinking this was the latter half of the ride and dealing with the wind all day blew that smile right off my face. 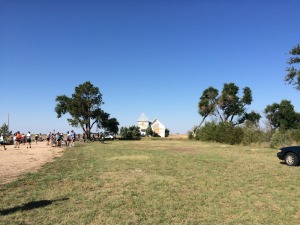 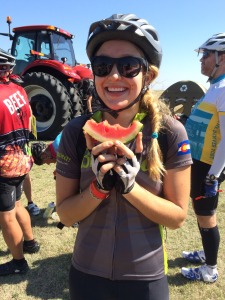 Look at the smile on my face! You couldn’t tell I didn’t feel good. Here is where I complain a bit: I got a gnarly cold coming back from Tokyo, Japan last week and have been trying to rest up for this ride. I tried my hardest not to get sick, but it happened. It always happens after a flight. So, what I learned for this: don’t travel across the world before a 3-day ride. This century really kicked my rear more than others and I blame that on the snot I had to keep sniffing up as I tried to breathe through the pain. It also didn’t help Jared and I did a wicked leg workout Wednesday. Somehow, we thought that’d be a good idea. 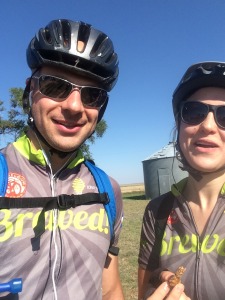 We took another break so I could blow my poor nose. He caught me while I was talking. And yes, those are headphones. I  only had one earbud in and I’m sorry, but that corn was not pushing me through the wind as well as my tunes. 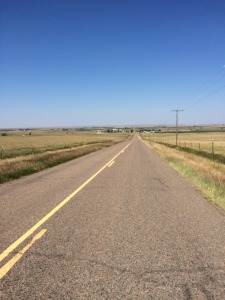 This picture clearly shows what we saw throughout today’s ride. Jared got so bored looking to his left and right, he st arted talking about my chain link we replaced before this weekend’s ride. This was downhill though, so it was nice to not have to push so hard. 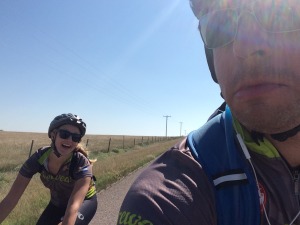 This is us messing around. Jared tried to take a picture of both of us and this was the result. We were alone on this road for the majority of it after we broke away from the people doing the 70-something mile today. No cars, no people, just us and the open road. 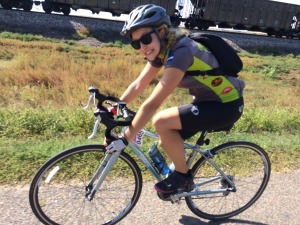 This was the last 14 miles of the ride. This is such a forced smile, I can’t even pretend. We were actually stopped by one at the beginning of the ride, but  we were also riding alongside this one. The train conductor honked the horn forever. Kind of blaring. I think I’m too big for my bike. 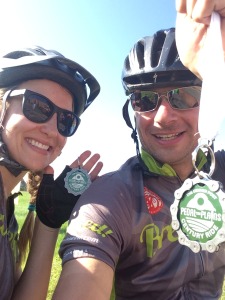 Jared was so worried we would not receive a pin for riding the Century, but then we crossed the finish line and got these necklace medals! Jared immediately threw his around his neck. Once we finally parked our bikes, we sat for a second to take this picture. 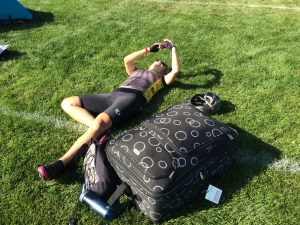 I laid down on the grass once we found our camping spot. I didn’t want to move. I actually can’t type normally right  now because my fingers are sore from gripping my vibrating handles all day. This is something I n eed to learn about because I know there are things that prevent so much vibration. Does anyone have good recommendations? My hands would really thank you. And yes, that’s the suitcase that apparently fits my bike.

'Head Wind' have no comments