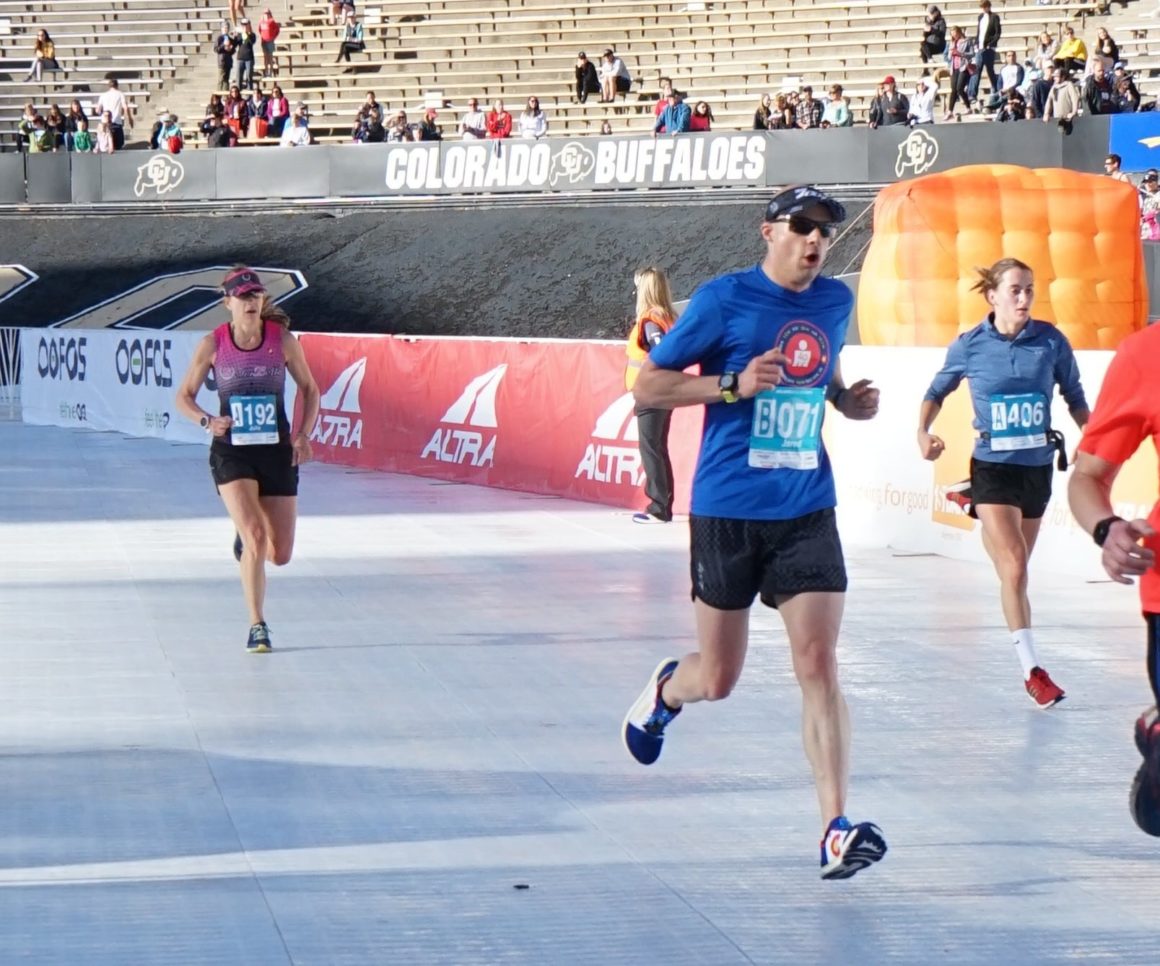 The BolderBOULDER is quickly becoming a yearly tradition. This is the fourth year I’ve run it and I keep continuing to improve. Even if not by much.

While I knew my capabilities were a little bit short of the 40 minute mark, I still had my eyes set on it. But keeping pace for a sub 40 was completely frightening.

This year I had the honor to race in the B wave of the BolderBOULDER. The A wave is the prestigious qualifying wave, but I was working my way up and felt good about the Bs.

It was a bit of a rush to get to Boulder on race morning. We left the house about 15 minutes later than we should have. Traffic into Boulder was heavy and I got to the drop off zone about 8 minutes from the B wave start.

For the last two years I’ve missed my wave time. While starting later is not that big of a deal, it’s best to get in the right wave so you are running with people at the right pace. Nothing is worse than having to pass everyone to try to get your time.

I ran from the runner drop off all the way to the starting line. Just as I got there the B wave was lined up and ready to go. I had about 20 seconds to rest before we were off.

I felt good starting off, it was a bit cooler but nothing having time to stand there was nice, I didn’t have to worry about getting cold. I didn’t want to check my pace until I got my miles splits.

The first mile was good, but far short of my sub 40 pace. I knew I was going as fast as I could though, so I held in there so see what would happen. As the race progressed I worried a little less about my pacing. I was pushing the red line so I knew there was not much more to give.

When I hit the 5k mark I did look at my pace. It was somewhere in the 21 minute range. This was not what I was hoping for. Not a bad performance, but I wanted to see 19 not 21.

The second 5k went by fast as we raced though Pearl Street and headed to Folsom Field. I was feeling good, but I didn’t have the ability to push the pace.

There is bit of a hill that climbs up towards Folsom Field, this took a lot out of me. There was a woman by the paramedics, dizzy trying to finish the race, but they wouldn’t let her go. The were vomit piles all over before the entrance. Clearly people were pushing it.

I entered Folsom Field and the ground was a bit wet. I was a little worried that it might be slick. In the past I’ve really used it for the last section of this race. I powered though and crossed the finish line.

I wasn’t exactly sure how I preformed. I didn’t want to have run slower than the previous year, but I didn’t feel that it was a great race. I did however manage to shave a whole 3 seconds off my time. Progress, all be it small. But I’ll take it.

This race was hard especially a week after a marathon. Being on the cusp of the 40 minute mark is hard, I want to pass it, but I still have work to do. I’ve had better results at the Fortitude 10k, and I think that course is where I might be able to make this happen. I just need to figure out a formula to get myself ready for that in September.